Domestic Violence and Substance Abuse: How to Combat Both 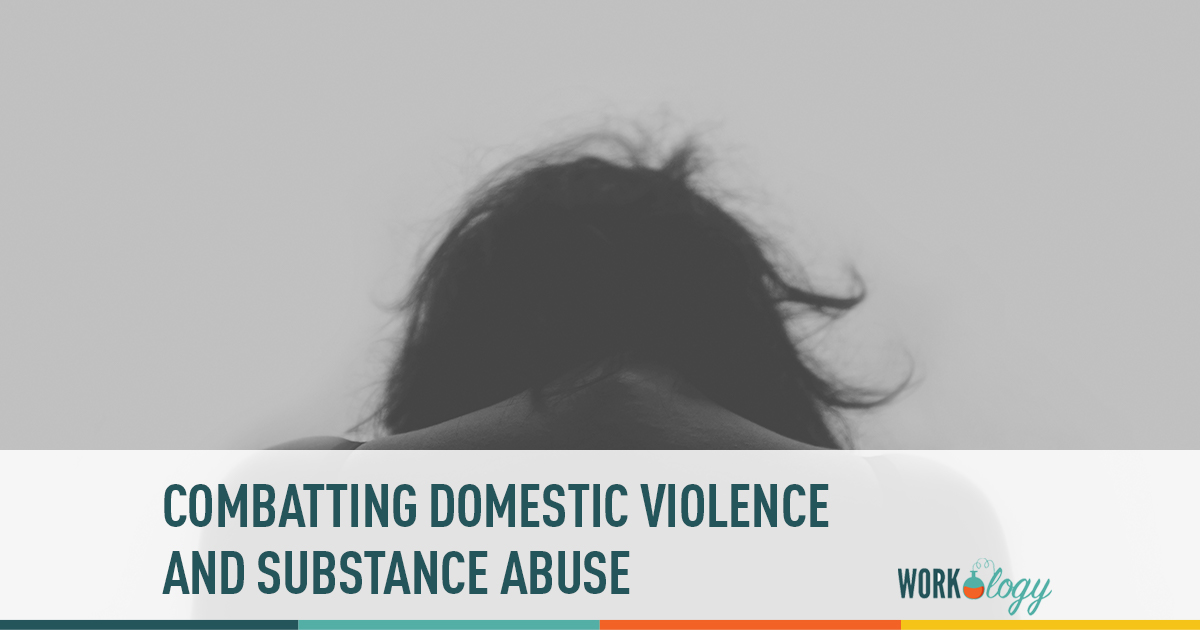 The Department of Justice defines domestic violence as “a pattern of abusive behavior in any relationship that is used against one partner to gain or maintain power and control over another intimate partner.  Domestic violence can be physical, sexual, emotional, economic, or psychological actions or threats of actions that influence another person.  This includes any behaviors that intimidate, manipulate, humiliate, isolate, frighten, terrorize, coerce, threaten, blame, hurt, injure, or wound someone.”

How to Combat both: Domestic Violence & Substance abuse

Perpetrators of domestic violence have underlying psychological issues that drive the abuse.  Use of drugs or alcohol is usually a tool or coping mechanism to lessen guilt about or excuse violence against their partner.  Whenever drugs or alcohol are involved, the abuser is more likely to inflict more damage on their victim and continue offending in the future.

Victims of domestic violence also have a greater probability of using drugs and alcohol than those who are not abused.  Victims may use drugs and alcohol as a coping mechanism to mentally escape the violence, or their abuser may supply it to them as way to control them further.  Domestic violence victims who are under the influence have a harder time trying to leave the relationship or assess the level of danger posed by their abuser.

In households where domestic violence and substance abuse are prevalent, children can become another casualty even if they’re not getting physically abused. Just witnessing domestic abuse can be traumatic, but if parents are also using drugs and alcohol children are more likely to be neglected instead of nurtured.  It also teaches them that violence and victimhood are acceptable behaviors.  Children who grow up in these families have a higher probability of having dysfunctional relationships as adults, possibly becoming a victim or abuser themselves.

Since many domestic violence cases stay hidden behind closed doors, it becomes a difficult situation to fix.  With both victims and perpetrators not wanting to bring attention to the problem, help usually needs to come from outside of the household.  A family member or close friend will have to get the victim away from their abuser and to safety.  Once the victim or victims are out they will need protection, support, and treatment.

A domestic violence survivor who also uses drugs or alcohol will need treatment that covers all aspects.  They will need to go to rehab for any addictions and also be treated for the trauma and injuries that they incurred.  They need to come to the conclusion that they can’t control or be responsible for their partner’s behavior.  The victims will also need therapy to help them learn how to have healthy relationships with their children and other people.

Perpetrators of domestic violence will not be cured by simply going to rehab and ending any addictions.  Their personality and predisposition for violent behavior must be addressed.  Fostering accountability for their actions is a necessity.  Many do not fully change their behavior because they feel the blame lies with someone other than themselves.  Therapy will only work is they take full responsibility for their actions and learn better way to deal with family and others.

Action must be taken to stop the cycle of violence in families so that children do not become the next generation of abusers and victims.

Michelle Peterson believes the journey to sobriety should not be one of shame but of pride. She wishes to eliminate the stigma surrounding people who struggle with addiction.