Do You Need An Emoji Translator? 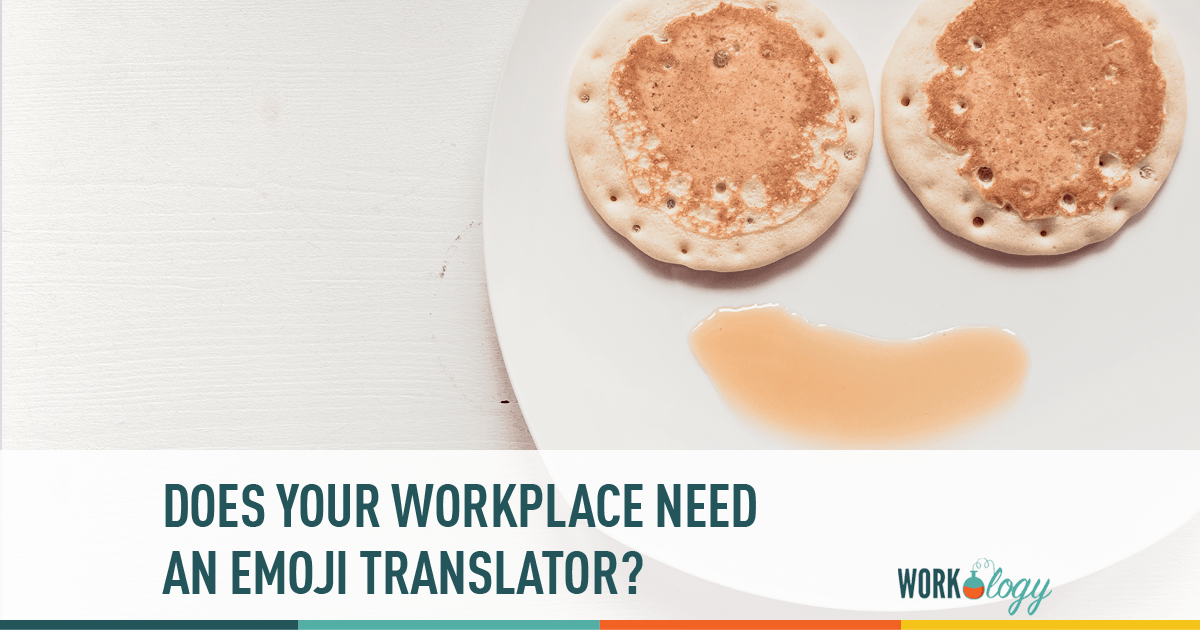 Today Translations is looking for a specialist in emoji-to-traditional language translation. The London-based translation firm’s job post says that they are seeking a candidate who can grasp the subtle cultural differences in emoji use across languages, and communicate them to speakers both native and new to the language.

Do You Need An Emoji Translator?

“Emoji translation is itself an emerging field – but one dominated to date by software, which is often insensitive to the many cultural differences in usage and interpretation. We are therefore seeking an exceptional individual to provide the human touch needed where translation software is inadequate – and to help us become the go-to translation experts in this area.

In the absence of any native speakers, the successful candidate should be able to demonstrate a passion for emojis, combined with cutting-edge knowledge and awareness of areas of confusion and cultural/international differences. A practical test of emoji knowledge/skills may be given.”

When I first read that someone was looking for the world’s first emoji translator I thought, hey, I could do that. Like many people in generations Y and Z, I use emojis constantly in texts, tweets, instant messages at work and even email. I’ve also made the case for emojis not being a sign of professionalism, but rather, a signal to coworkers that you are flexible, fun and, well, human. I spend a lot of time explaining emoji best practices to my older colleagues (and of course my parents) — maybe I should monetize it? 💸 💸 💸

But once I read the job post, I realized that Today Translations was looking for something much more than an emoji expert, they’re looking for a language expert who understands emojis as part of language. That is, Today Translations is looking for someone who understands emojis both as supplementary communication tools and as an independent language, a rather specific skill set to be sure. Nalina Eggert, writing at BBC News shares some examples of potential emoji disasters, like,

“Waving hand – You might think this emoji is waving hello or goodbye. Well in China, it has a very specific meaning, along the lines of ‘bye, you’re not my friend any more.’ Like a middle finger in Europe.”

Complicating things for their new emoji translator is that different smartphone and social media platforms parse emoji code into different pictures. That difference is often, but not always subtle. Miscommunication can crop up even when using the most basic emojis, like a smile, because the illustrators and designers wanted to convey subtly different messages reflective of the platform’s brand. Hannah Miller and the team at GroupLens looked at how people respond to emojis across platforms and found that the sentiment conveyed by the same emoji was incredibly different, depending on platform.

Suffice it to say that while emoji communication quickly begins to feel natural, it’s not without complications. One of my favourite emoji misfire stories was told to me by a friend. Her mother, who’d just gotten her first smartphone and was emoji-ing up her conversations, saw all emojis with tear or sweat drops as simply crying emojis. I usually interpret this emoji, 😰, as stressed, and this one, 😢, as ironically sad. The sobbing emoji, 😭, doesn’t so much convey genuine sorrow as a kind of whiny crying. I guess it’s hard for me to see sincerity in a crying, cartoon face. But my friend’s mom took every emoji very seriously. When an acquaintance posted to Facebook about her mother dying, she left a sweet message of condolence and capped it off with an emoji. This emoji: 😂. It’s crying isn’t it? 😱

Combine that everyday level of emoji misunderstanding with interlingual and intercultural disjunctures and it’s easy to see why Today Translations needs an emoji translator.

But what about your organization? Do you need one? Probably not, since emojis aren’t exactly the lingua franca of business, but if you work in advertising or marketing it might be worth consulting an emoji translator when designing campaigns.

After all, you don’t want to wave your customers goodbye by accident.