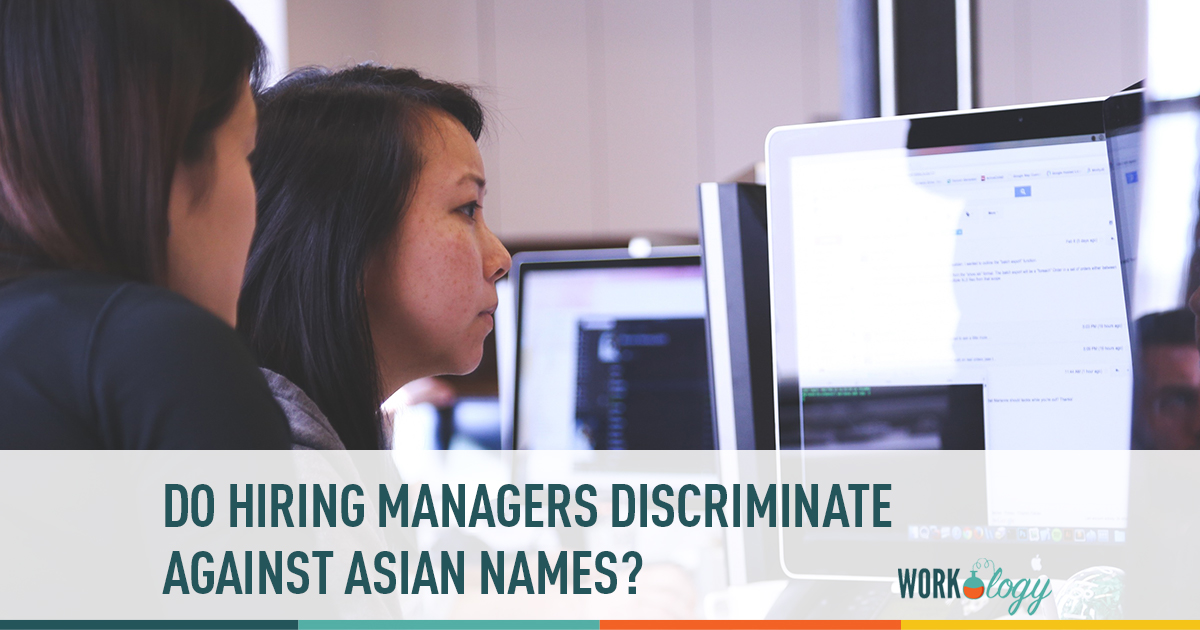 According to a new study, candidates with names of Asian origin are less likely to book interviews. The joint Ryerson Munk School of Business and University of Toronto study found that even when Asian candidates had higher degrees and better resumes than other applicants, they still landed fewer interviews — and obviously, were therefore less likely to get the job.

Researchers used data from a 2011 discrimination audit where Canadian employers “were sent 12,910 resumes in response to 3,225 job postings, and the study recorded whether the employers called to request an interview.” The resumes were computer-generated and had candidate names from a variety of ethnic backgrounds. They found that name discrimination was still prevalent, but strikingly, was more common at small employers.

Skill levels also played a part in how hiring managers responded to resumes. For low skilled jobs, hiring managers were less likely to discriminate against candidates with Asian names or foreign qualifications. According to the authors, while “overall the Asian-named applicants had about 53.3 percent less chance of receiving a call-back if they had some foreign qualifications, this number rises to 58.5 percent for applicants to high skill jobs; for applicants to low-skill jobs the Asian applicants were 45.7 percent less likely to receive a call.”

Studies have consistently shown that hiring discrimination at the point of resume assessment is still a big problem. Recruiters and hiring managers discriminate based on gender, names, schools and a variety of other factors — but they aren’t always doing do consciously. It’s easy to recognized our vocally bigoted or biased colleagues, but much hard to recognize and root out our own unconscious biases — it’s why so many companies are flirting with the possibility of incorporating AI into the hiring process. (Although we’ve already seen that we often program our biases into hiring bots.)

On the candidate side, some applicants have “whitened” their names and resumes in order to book interviews, altering aspects of their resume that might reveal their ethnicity, for example, membership in a South Asian young entrepreneur’s club. It’s not just in Hollywood that people switch from Vera Mindy Chokalingam to Mindy Kaling, or Kalpen Modi to Kal Penn.

The authors of the study, Rupa Banerjee, Jeffrey G. Reitz and Phil Oreopoulos recommend randomized resume assessment, with names removed, as a good first step in tackling name discrimination in hiring. This might shift the needle when it comes to diverse candidates booking interviews, but it’s just one step. There is so much more to do.