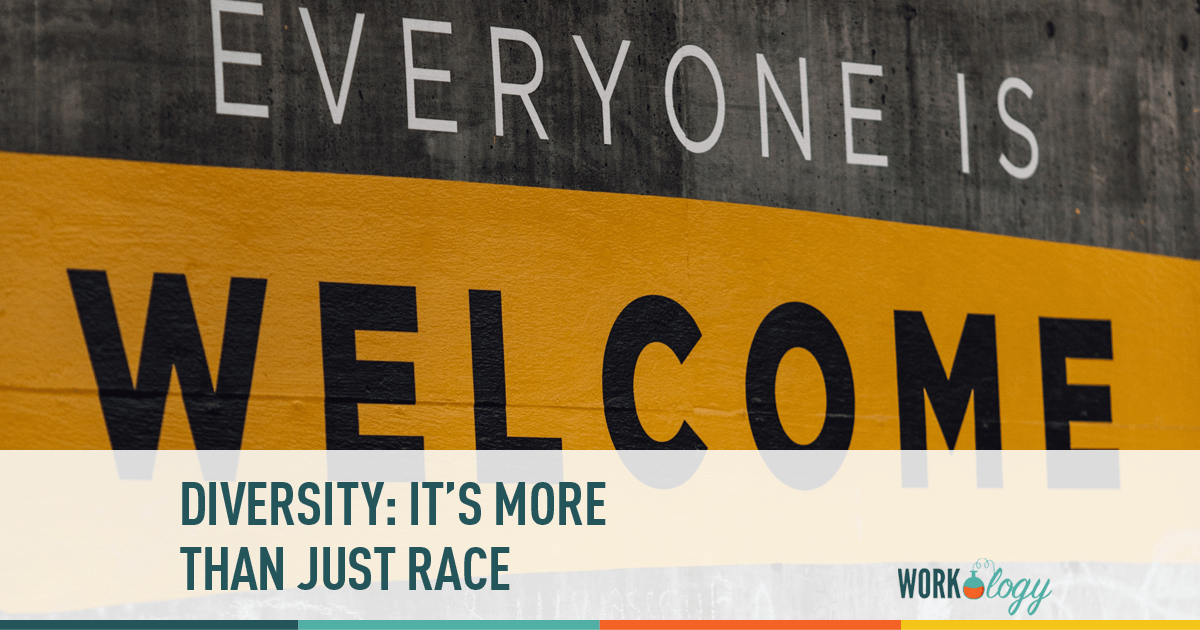 An article written by SHRM staffer Rebecca Hastings, SPHR dealt with diversity. Her article, entitled Diversity Efforts Should Include White Employees, (SHRM membership may be needed to read) dealt with including more whites, specifically more white men, in diversity training. The group that conducted the training found that including whites in diversity training increased the success of the training. I am not surprised; I have always felt that diversity is more than just race.

Not everyone is the same

In some leadership training that I had about 15 years ago we had a session on diversity. The two trainers, both of the same race, conducted the training solely based on race. About half way through I made the comment that diversity was more than just race. I offered myself and another white male in the class as examples. I pointed out that while on the surface he and I may look the same we were in fact pretty different. Yes our ages were close and we had both been reared in military families, but the similarity ended there.

His father had been an officer; mine was a Non-com (for those of you not familiar with military lingo that stands for non-commissioned officer, in other words a sergeant). He had privileges I did not have. He went to a different pool and lived in different housing than I lived in. The housing I lived in was much more diverse than the housing he lived in. My friends had many more shades of skin color than did his. Later in life I grew up in Southern California while he grew up in the South. That certainly led to different outlooks and experiences.

Lumping ALL people of one race together as having one singular commonality is a mistake. You can no more assume that all Whites are the same than you can assume all Blacks or Asians or Hispanics are the same. Thus it makes perfect sense to me that including Whites in diversity training would show positive results just as it would if you included any other group when they might have previously been excluded.

Is it important to have diversity training? Yes I believe so. But if you have it, make it truly inclusive. Exclusion does not really make for good diversity. At least not in my opinion.

What Do you thinK?

Does your company invest in diversity training?