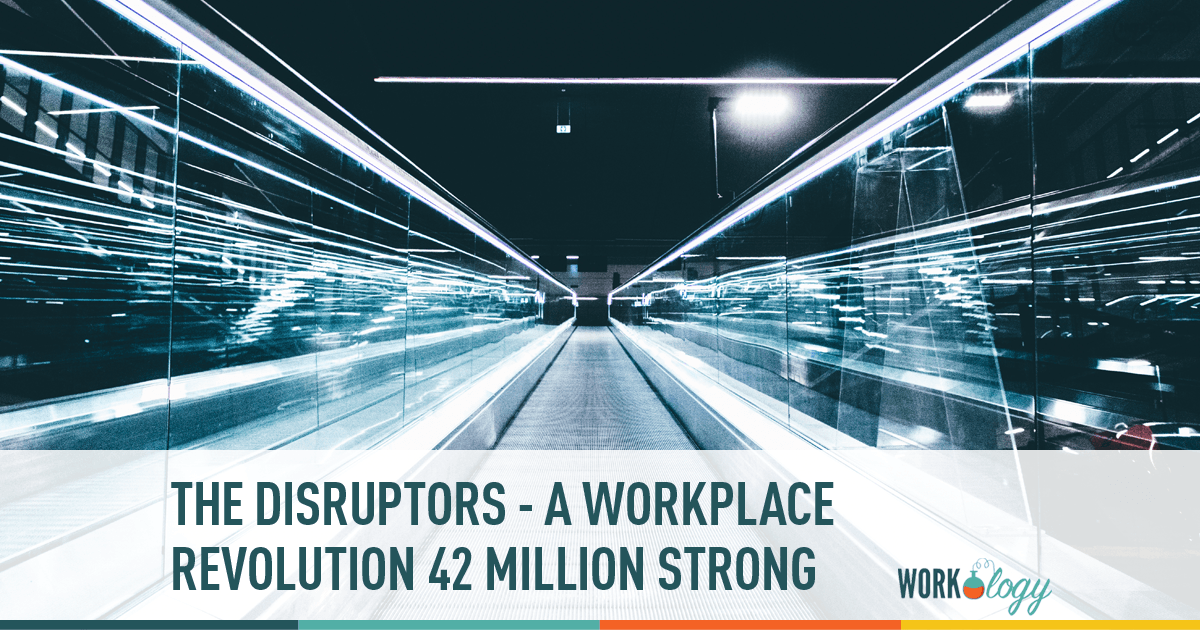 A Revolution of Free Radicals Coming to a Workplace Near You

I recently attended The Economist  Ideas Economy: Human Potential event focused on independent thinkers that are fueling the emerging economy- affectionately referred to as “the disrupters.”  Their stories were inspiring, their passion- just plain AWESOME!

Sara Horowitz, Founder and executive director of the Freelancer Union, challenged participants to think about working in untraditional ways. “There’s a quiet revolution, building a future for all of us. The growing network is building smarter solutions.”

The Rise of the Independent Worker

Today, 42 million Americans are “independent workers” – about one-third of the entire workforce. With the economy still sputtering many are choosing freelance work for personal and profound reasons. Working independently can get lonely and the Freelance Union provides support and a great network to share ideas, collaborate on projects and learn from the community.

Liz Maw, CEO of Net Impact described their community of change makers (30,000 strong!) who leverage their “day jobs” to tackle some of the world’s toughest problems, making a difference in the three “P’s” – people, planet and profitability. Net Impact conducts workshops and offer resources to cultivate intrapreneurs.  One “go green” initiative at Levi Strauss was compelling- they asked employees to wear their jeans for five days. Employee engagement spiked as photos were proudly posted raising sustainability awareness and morale.

Dale Stephens an educational futurist founded the UnCollege to dispel the myth that college is the only path to success.  He charmed the audience with his personal story of convincing his parents to allow him to drop out of school at 5th grade- a decision that set an untraditional path for success.  He was home-schooled through high school, went on to college, but the experience fell short of his expectations. He was frustrated with aspects of his college experience, stating that college “rewards conformity rather than independence, competition rather than collaboration, regurgitation rather than learning and theory rather than application.” He believes that we’re paying too much for college and learning too little.  He encourages “hacking your education”, gaining passion, hustle and contrarianism through self-directed learning and collaboration.

Resistance is Futile When It Comes to the Un-Traditional Workforce

Who are the disrupters in your network? In your company? How do you support new ideas? Are you exploring un-traditional learning? Are these freelancers and disruptions leading a revolution at your place of work? How do you leverage the power of connections- people, ideas, and data- to open your mind and drive innovation? In the past, I was chastised for “disruptive behavior”- I now applaud it.   Resistance is futile when it omes to the workplace revolution and these disruptive changes taking place. I look forward to hearing your comments…