How to Demand Respect at Work When You Have None 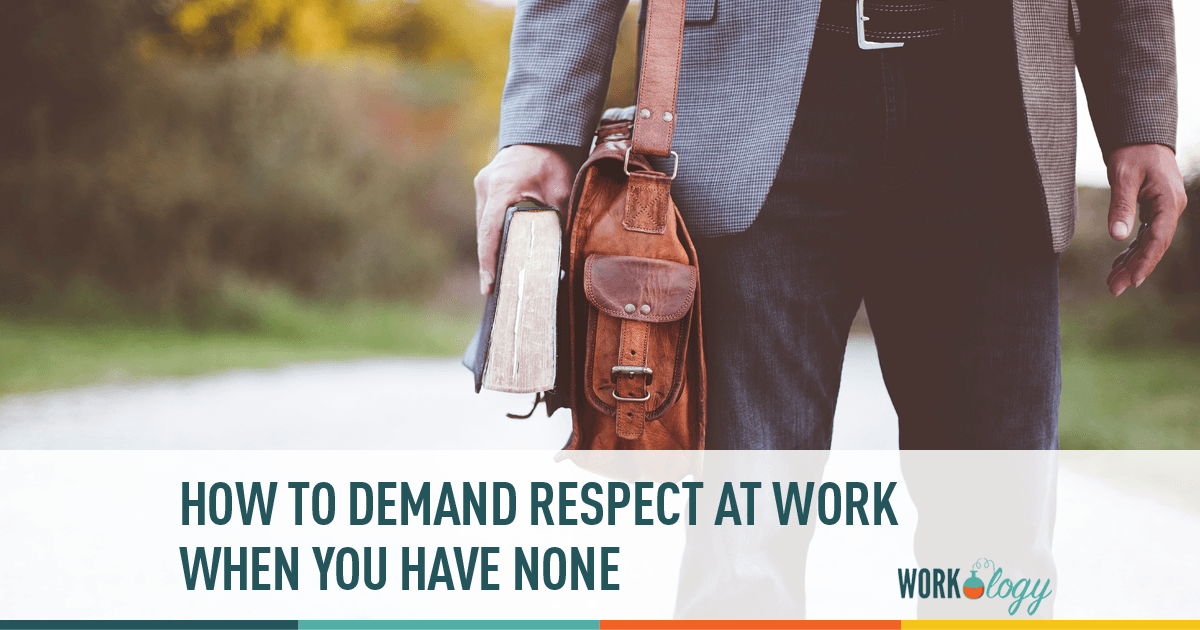 My dog respects me – and I haven’t even earned it.  Do I walk him every day? No!  Do I always keep his claws trimmed?  No!  I do at least feed him and play with him daily, and the way he acts towards me you would think I was the president of Alpo!  Aretha Franklin said it best; “All I’m asking is for a little respect.”  Sure, I love coming home to my darling Havanese Diego, who would follow me off a cliff if I asked him to.  I’m not sure that I’ve earned it, but he treats me like the leader of his pack.

Although Aretha’s demanding song resonates with so many karaoke-goers, it doesn’t exactly “work” in the workplace. The surest way to get your team to lose their respect for you is to demand it.  The following steps help to ensure you get the respect you deserve, and what you can do to maintain it.

Treat Others with Respect Even in the Workplace

Enter the golden rule: Treat others as you want to be treated. Workplace respect drives employee engagement and is the golden rule of work. A point often missed by new leaders is that you must first give respect to receive it.  Trying to understand another person’s views, even when you might not agree with them, is respectful.  Allowing people to have dignity and never calling someone out in front of their co-workers is another.

Have High Standards for Yourself

Hold yourself to high standards first, and then hold your team to the same high standards. How is anyone going to want to reach for excellence if the leader doesn’t?  Who wants to follow a leader who expects everyone to work overtime, but is out the door by 4pm themselves?   Would you be motivated to work that extra hour? Would you respect someone who demands more out of you than they themselves are willing to give?

Confidence in Your Abilities & Workplace Behavior

Be confident in your abilities and skills without being arrogant. There’s a fine line between someone who carries themselves with confidence and someone who is arrogant.  (Think of Hawkeye from M.A.S.H vs. Uncle Rico from Napoleon Dynamite). A behavior such as arrogance is usually demonstrated by people who feel they have something to prove (but they are usually insecure themselves).  Confidence however, is exuded quietly, and with gentle spirit.  It actually inspires others to follow and opens the lines of communication.

No Respect – Lose the Ego

Realize that you are not the most important person in the office; the team as a whole is.  Not having something to prove allows you to let other’s accomplishments shine through, even if that means less recognition for you. Letting others feel like they’re an important and vital part of the team will allow them to not only respect you, but respect the team dynamic and the corporate culture.

Share the Knowledge and Experience in Your Job & Role

Each employee needs someone who is willing to work with them, train them to be a better resource for the company, and help them to learn.  Holding onto knowledge, and keeping it locked away is a sign that the company has a culture of fear – fear of each other and fear of competition.  By sharing knowledge and experience in your job and role, you are helping to create a company that can grow, and building respect with your peers.

It comes down to this; respect must be earned.  Any kind of respect given to you as a result of your title is truly meaningless. I know I have some skills that I can teach to people, and I also know I have so much to learn from the people around me.  This thought process helps me to look at everyone as an individual, and to open myself up to learning something from each member of my team.

This post was written by Jeri Johansen, PHR –Human Resources Manager at Crimcheck.com and Co-Chair of the 2013 Northern Ohio Human Resource Conference (www.nohrc.org). You can find her on Linkedin.