Defining My Own Future and Legacy 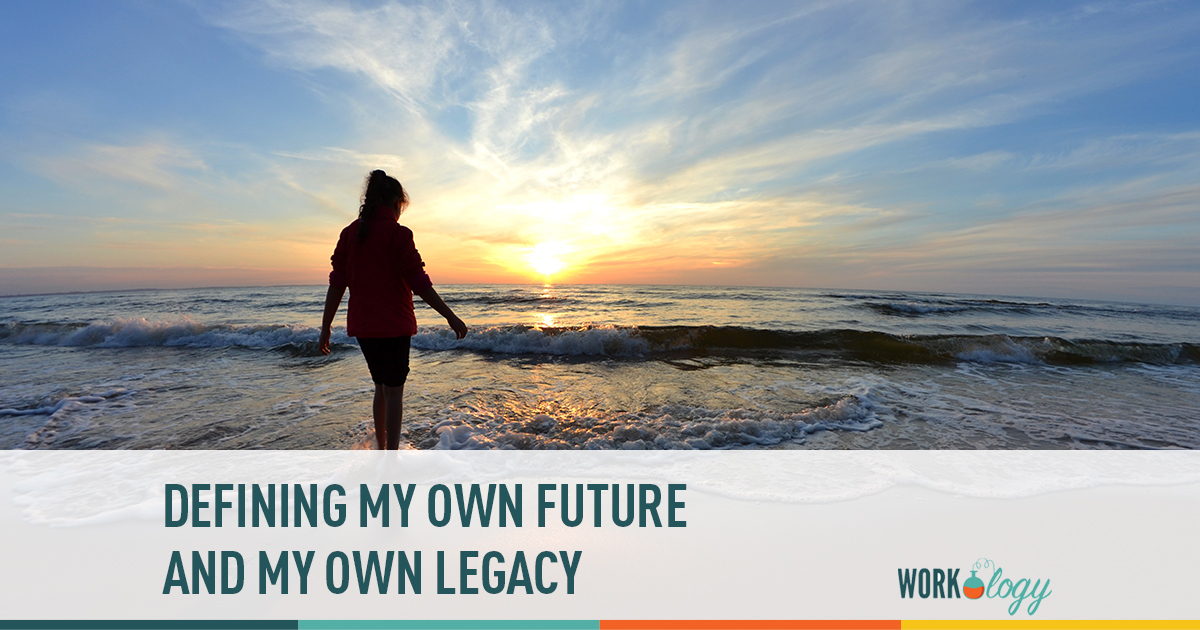 Lately I’ve been looking back on my career from corporate HR to blogger to analyst and wondering what the next 5-10 years has in store for me. Up until recently, I haven’t always been in the driver’s seat of my career, and instead have gone done whatever roads have opened for me. You could say that for much of my career, karma has been in control. It’s been the differentiator and decider in my career and these happy accidents have helped define the person I have become.

In 2001, I graduated from college and I found HR. I was transferred to the role because I was friendly and willing to relocate to wherever they needed me. I learned about my transfer to HR after I arrived at the retail store location where I was supposed to be job shadowing for eight weeks. I thought I was training to be a store manager. I quickly realized that my career plan had changed. I was now learning to work in HR. Somewhat angry and annoyed, I decided to give HR a shot, and I learned how important the role was for organizations. After a successful holiday staffing season I decided I absolutely love HR and it was what I wanted to be long term.

In 2005, I started a blog out of a personal need to further define and brand me as a creative HR and recruiting professional, while simultaneously building a candidate pipeline for myself to faster fill the open positions I was recruiting for at my company. I experienced a creative awakening and realized that I loved writing. Blogging was the best career decision I have ever made. It helped me understand, frame and build thoughts, stories and conversations in everything I do in my work. My blog became a business and platform to help elevate HR and recruiting.

In 2014 I was in a personal and professional holding pattern. I had been focused on healing since the miscarriage of our baby. My family also relocated half way across the country twice in a year. Damn you Silicon Valley rent prices for a family of 3 with pets. I battled a deep depression in part because of losing the baby. But in 2015, I was ready to move forward and focus on the future since karma wasn’t doing any decision making or offering any clear cosmic suggestions for me. I started thinking about how to expand the blog and what else I could do with it. Since then I’ve been working to expand the blog with new writers, more webinars, the podcast and late last year in 2016, rebranding the business as Workology.

Recently an acquaintance asked me what my exit strategy was for the blog. I told them that, honestly, I don’t have one. But I did wonder for awhile if I genuinely like what I am doing, or if it’s just what I’m used to. I wondered if there’s more to my story. When I looked back though, at the incredible career I’ve had in HR, I knew that it was still where I wanted to be. All the professional goals I had set for myself early in my career have been met. I have achieved every single thing I wanted for myself in my career as an HR thought leader and blogger. What do you do when you have realized all your goals and dreams? It’s not as easy as you might think.

That’s where I am at the moment. I’m at a professional crossroads and for the first time in my career, I am in the driver’s seat, and karma isn’t even in the passenger’s seat. I’m in control of my own personal and professional destiny and I decide what’s next in my story. I’ll be honest, sometimes I’m terrified that I’ll make the wrong decision and screw up. But at this point in my career I know that even mistakes are good learning opportunities. Lately, I’ve been thinking about my legacy — about how you won’t have much of a legacy if you aren’t willing to take risks and push yourself to do more.

In a traditional career there are occasional resets where you choose or are forced to take a new path. Changing jobs, getting a new promotion or working at a new company are all opportunities to redefine yourself. As an entrepreneur, my career path has been a little more complicated and less linear. There are few clearly defined beginnings and endings to my projects and that lack of hard resets in my career is probably why I’ve sometimes felt a bit like I’m treading water. At times I’m scared to move forward, backward or sideways because it might be the wrong move for me — and even when I do make a move, it doesn’t always feel as defining as that first push into HR did.

Legacy is cursed by experience and perspective. As a mom and wife I have more to lose than I ever have before. The future is not just about me. It makes me worry and do things like career mapping and planning exercises. How and why do I want to be remembered ? Who do I want to be, not just as an HR professional, but as a person? I tell my daughter I don’t know what I want to be when I grow up, and that’s the God honest truth. It’s a truth that sometimes tightens my chest, keeping me up at night while I  contemplate my next move. But it’s also a truth that empowers me to try new things, to experiment with new technologies and even expand my business.