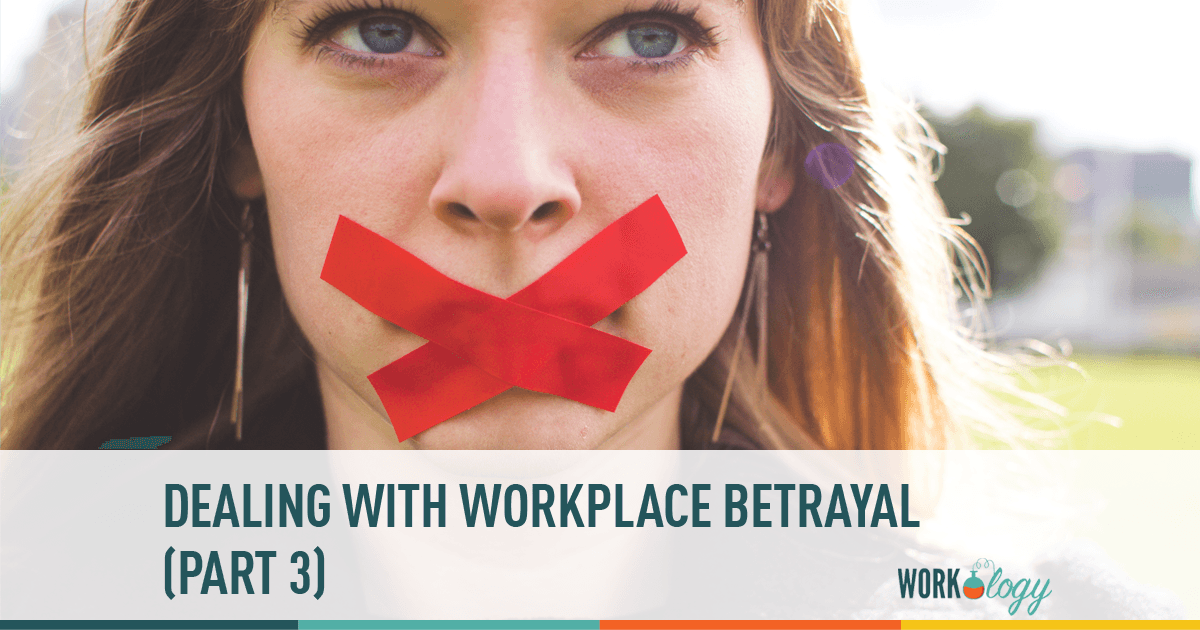 WHAT TO DO WHEN YOU ARE THE CENTER OF GOSSIP

For many years, I kept a tattered post-it taped to the edge of my computer monitor with one word written on it:  GOSSIP.  It lingered in my line of sight every working moment to remind me that no matter how much fun it is to be “in the know” and to prove it by gossip, at the heart of every juicy tidbit is somebody else’s pain.

This is the third in a four-part series on workplace betrayal.  It discusses workplace gossip in the context of the Oxford Dictionary’s definition of betrayal as “to reveal secrets or information entrusted as confidential or personal.”

I cannot talk about gossip without stating the reason I hate it.

When I talk about the destructive force of gossip, I include the destruction to your own sense of self-worth.  That note was not on my computer merely to protect others but to stop myself from chipping away at  my own integrity.  It reminded me that no matter how good the intimate moment of gossip feels between those who share it, gossip is a temporary security.  It causes you to doubt your own trustworthiness.  And no matter how eager the listener may be to hear the latest scuttlebutt about a colleague, he, too, walks away with a diminished belief in your integrity.  He or she is less likely to share confidential information with you because you have just proven yourself untrustworthy.

Once your reputation for discretion is gone, there is virtually no act you can perform to reclaim it. There is no cure but time for having a reputation as untrustworthy.

Gossip is by definition a false or harmful communication. To spread gossip is to tell what you know or can guess about another’s secret failings.  After all, “no one gossips about other people’s secret virtues.”  (Bertrand Russell).

Gossip exists only to make the gossiper feel better by comparison.  Accordingly, the subject of gossip is made to appear less worthy or to have greater problems than the gossip.

Gossip can make you feel powerless.  It is difficult to stop a rumor (regardless of whether it is true or false) once it takes hold in the workplace.  You may never be able to stop people from talking about a mistake or failing, but you can add positive material to the dialogue.

Contrary to popular belief, most people feel guilty (some less than others, of course) about spreading false or hurtful stories about colleagues. Confrontation will usually get those people to stop talking – at least stop talking about you.

Part 1:  Dealing with Workplace Betrayal, What to Do When Someone Tattles on You at Work

Part 2: Dealing with Workplace Betrayal, What to Do When Someone Steals Credit for an Idea.