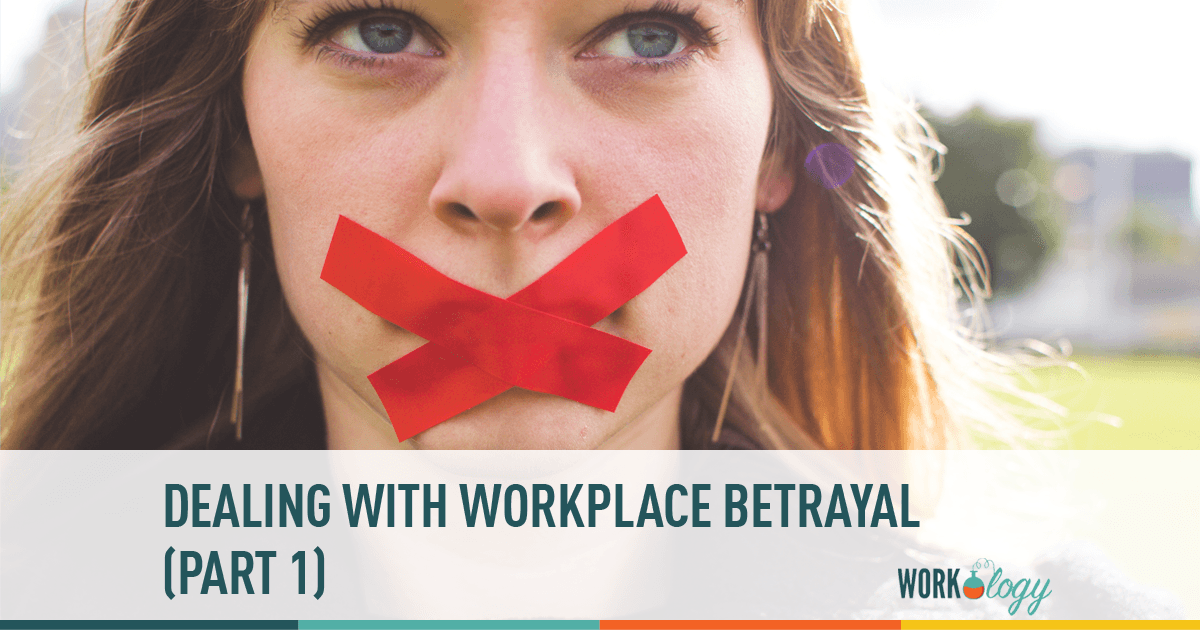 If you have spent enough time in the workplace, you have probably suffered the surprise of betrayal.  I’m not talking about getting fired or not getting a promotion. Those events are par for the course for any ambitious, risk-taking, goal-oriented employee.  What I’m talking about is when a workplace friend or mentor engages in conduct that advances their career at your expense.  This is the first in a four-part series on Dealing with Workplace Betrayal.

These actions usually arise in a workplace setting as:

What to Do When Someone Tattles on You At Work

Everybody makes mistakes.  There are only two kinds – fixable and those you cannot fix (either because they are truly unfixable or because you cannot do it alone). Mistakes either impact others or they don’t.

Here’s what I suggest you do when you make a mistake (and after 40 work-years, I speak from experience):

If you’ve self-reported the mistake to your supervisor, the tattler’s report is old news.  If not, all is not lost.  There are still things you can do to stop the damage.

Own Your Own Mistake

If your supervisor confronts you about the mistake, your first object is to identify it and own the mistake you made.  That doesn’t mean you should adopt the description of the mistake or the possible repercussions reported by the tattler.

Owning your mistake requires that you listen to your supervisor, and to think before you speak or try to defend yourself.  Articulate your willingness to correct the problem and apologize — once and sincerely — for the mistake.   Concisely describe the situation and your reasoning. After you have explained, your focus must shift to corrective activity:  fix the mistake with input from your supervisor or others, or take training or education to prevent its recurrence.  Do not replay the “tape” of your mistake to yourself or anyone else.

Determine Whether to Confront the Tattler

If you cannot figure out who it was who tattled on you, don’t ask.  If you gossiped to others about your own mistakes, it could be anyone and getting tattled on should cure you of doing that again.

If you know the tattler was a subordinate, let it go.  Do not confront a subordinate about going over your head to report your error.  The report could be considered legally protected “whistleblowing” and even a mild mannered comment that the employee should have come to you first could be recharacterized as intimidation or retaliation.

If the tattler was a peer, there is leeway to correct the problem.

We spend most of our adult lives working.  We should be able to trust our colleagues, supervisors and subordinates.  How we react to betrayal of our trust demonstrates our expectations of others and teaches others how to treat us in the future.

Have you ever experienced a workplace betrayal?  How did you handle it and what was the result Please share.

Next Up in the Series:

Part 2: Dealing with Workplace Betrayal, What to Do When Someone Steals Credit for an Idea.

Part 3:  Dealing with Workplace Betrayal, What to Do When You Are the Center of Gossip.