Does Your Office Need a Swear Jar? 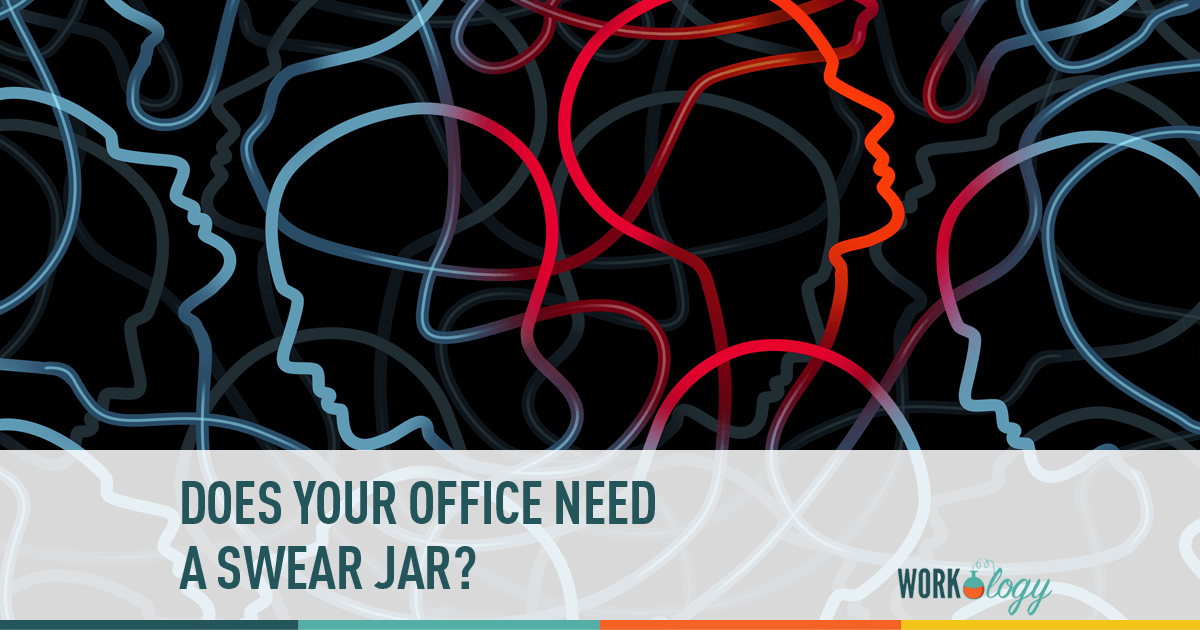 My grandma used words like fudge and sugar when she swore. Now, it’s not uncommon to hear the F-word, D-bag and other s**t while at work. A friend recently mentioned being shocked when a co-worker cussed multiple times during a marketing kick-off meeting. And, another said that her three-year-old dropped the F-bomb after hearing her teacher say it at daycare.

So, is it OK to curse at work? Does profanity at work make you a better manager? When is it appropriate? Does it depend on the workplace environment?

According to a 2012 CareerBuilder study, men and women both swear on the job, but men more so than women. These findings differ from my own unscientific study (asking friends via Facebook) in which more of my female friends self-admittedly drop F-bombs, while my male friends allege their prudence.

Is Swearing at the Workplace Bad or Acceptable?

Within different professions there are varying levels of acceptance, a swear-o-meter of sorts. I think most of us can agree that if you work around children, you should not curse on the job. However, I could understand mechanics and rock bands using more crude language. Sources tell me that swearing is rampant in both the television industry and on the campaign trail. No real shocker there, since Los Angeles made CareerBuilder’s list of U.S. cities in which workers are most likely to curse and Washington, D.C. topped that list.

When working in candidate, client or customer-facing positions, it’s generally accepted that cursing is unacceptable and unprofessional. In fact, one friend mentioned that on his first day at a financial services firm the newbies were explicitly told that “cursing was in bad taste.”

More Than a Cursing Jar. Profanity is Offensive

Unlike social situations, you don’t necessarily have a choice as to who you have to talk or listen to while at work. Using a more colorful vocabulary may be offensive to some people, and in extreme cases, could borderline on harassment.

My personal view on cursing — while in a corporate setting or business-related meeting — is that it’s inappropriate and you should be able to convey your message without expletives. One of my former co-workers summed it up nicely when she said, “I can’t think of a reason why that (cursing at work) would be appropriate. It’s the antithesis of professionalism.”

ARE YOU OLD-FASHIONED IF YOU DON’T CURSE AT WORK?

Using swear words doesn’t make you cooler, smarter or more likely to be promoted. My advice when it comes to swearing at work: better to avoid it than paying the potential consequences. Though, I suppose it all comes down to the environment, the situation, the people and your own comfort level. And yes, on rare occasions, I’ve been known to swear at work, but it’s typically at my effin computer and no one else is around.