Crowdsourcing is the Future of Performance Reviews 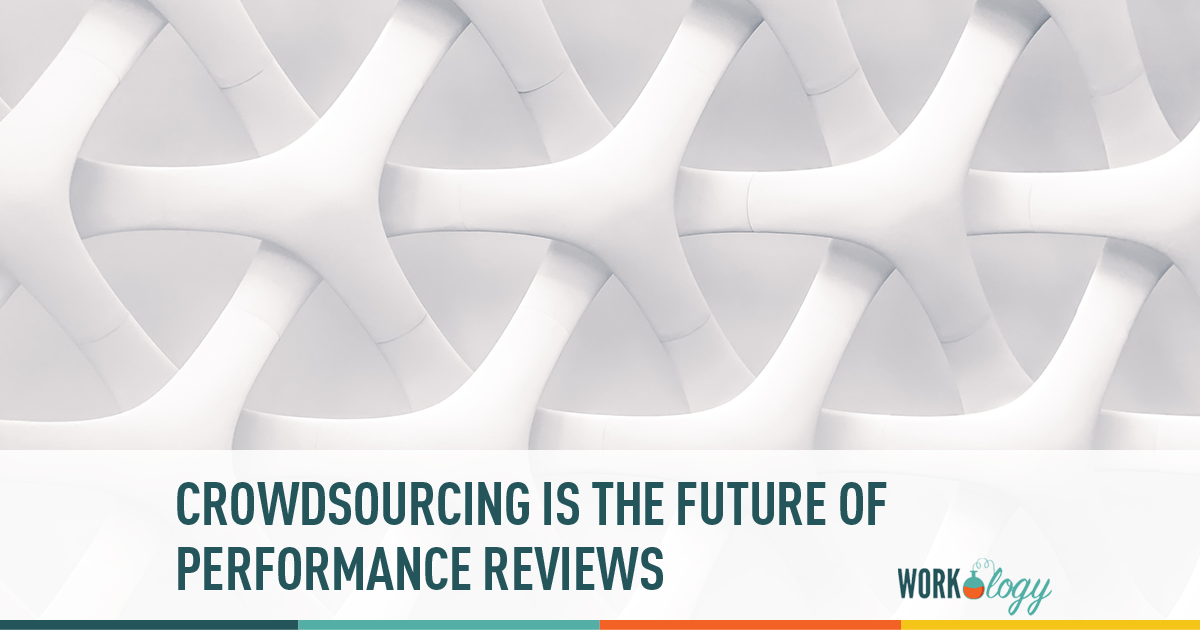 Are you happy with your performance review system? I thought not. Traditional performance reviews are desperately out of date. An annual review based on a manager rating performance on a scale of 1 to 5 according to a job description was designed for the workplace of 1973, not 2013.

Imagine a workplace in which employee performance reviews are as flexible and varied as today’s jobs must be.  What if the review were an objective, accurate and detailed narrative of each person’s work achievements?

Now imagine that it is the employees themselves who create that narrative and celebrate each instance of good performance; the inspirations and extra effort, creativity and determination that distinguish a high-performing employee. Over time, the system would aggregate thousands of those moments across the workforce. HR professionals and executives could then understand exactly which behaviors led to higher profits, customer delight, or nonprofit missions fulfilled.  Instead of a stack of 1-to-5 ratings, performance reviews would unlock the secrets of full productivity.

It can be done, and it will be done more and more as HR and executives get serious about fixing performance reviews. The way to achieve this is to combine the burgeoning popularity of crowdsourcing with today’s social technologies.

The term “crowdsourcing” might be relatively new, but the social mechanisms that define it are as old as capitalism itself. In essence, crowdsourcing proposes that that a marketplace assigns value to work, whether that’s expressed in goods or services. Here’s why the “crowd” called your workforce should assess the relative value of individuals e.g. performance.

Decades of research such as that detailed in James Surowiecki’s The Wisdom of Crowds confirms that many people deciding together make more accurate assessments over time than one person acting alone.

Over time, people have learned to rely on crowdsourced assessment systems. This is why crowdsourced “star ratings” on Amazon.com, eBay and the iTunes store work — customers know that if many people like the product, chances are they will too.

Why have Zagat, Yelp and TripAdvisor supplanted so many professional critics? Consumers have learned that the opinion of the crowd in so many situations is more reliable than the opinion of one person. In the case of employee performance reviews, crowdsourcing means many people, not just one manager, have assessed an individual’s performance

Crowdsourcing is effective in business

Similarly, B2B companies crave “likes” on their Facebook pages and top rankings from users in online forums. When you answer a questionnaire from a business research company ranking B2B services in HR, you’re participating in crowdsourcing.

With all these attributes, crowdsourcing is the performance review method of the future. What has been missing until now is a technology platform and a set of rules to combine the thoroughness of performance reviews with the wisdom of crowds.

Social recognition is the platform

Social recognition combines a technological platform and set of rules by which employees rate each other’s performance in a constructive and nuanced way.

Social recognition combines ranking with narrative, just like the traditional performance review. With real-time, authentic feedback from employees’ peers, it creates a detailed yet unbiased view into who and what is driving your business.

As a database of crowdsourced performance feedback grows, analytical software will reveal hidden social dynamics in the organization. Executives will identify quiet but influential individuals, those who I call “hidden influencers,” and groom them for more formal leadership.  HR can reward creativity and engagement with higher pay and better opportunity. High-potential employees can be targeted early to mitigate flight risk.

The wisdom of crowds is already revolutionizing consumer and B2B decision-making. Now is the time for HR and other leaders will bring the wisdom of the employee “crowd” to the crowd itself by adding social recognition to performance reviews.

Eric Mosley, the author of The Crowdsourced Performance Review, is the co-founder and CEO of Globoforce. Eric has been directing the path of Globoforce as the innovator in the recognition industry since the company's beginning. His vision to raise employee recognition from a tactical, unmeasured, and under-valued effort to a global strategic program with clear measures for performance and success is now being realized in some of the world's largest and most complex organizations.