Workplace Commuting Is a Working Cost Not a Living Cost 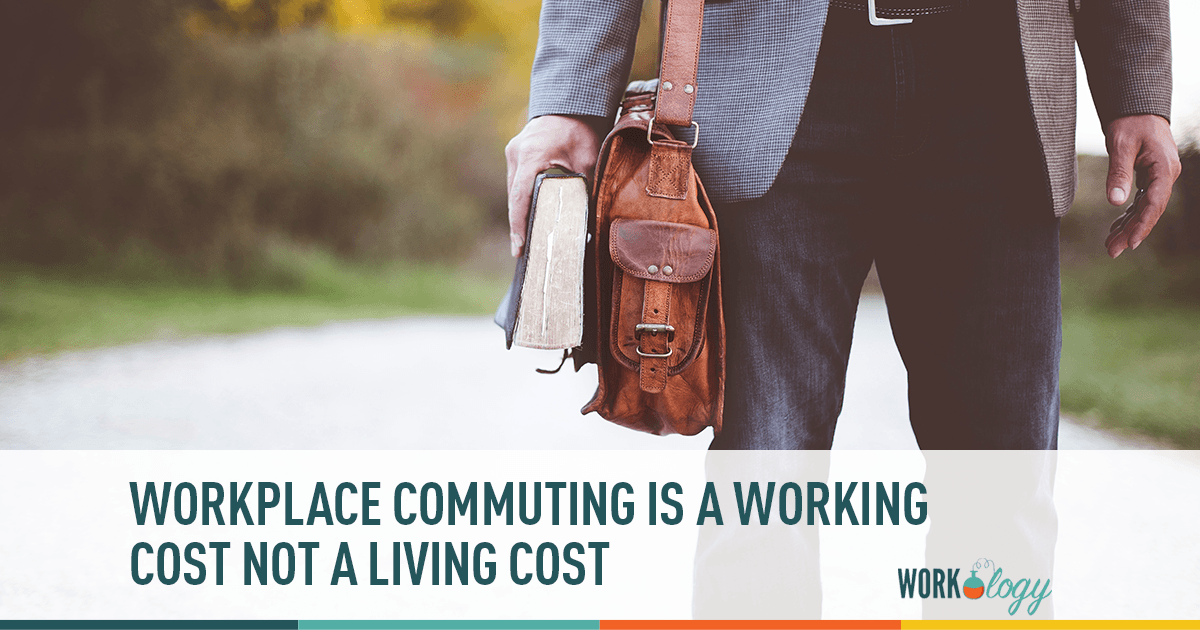 Your 9-5 is a blessed option when starting out. You want the security. You want that cheque. You want to work your way up in the company to one day leave a mark on the world. It’s a great aspiration – but sorry if I have to burst your bubble.

Workplace Commuting Is a Working Cost Not a Living Cost

Recent graduates often have the same problem: they can’t find any role that truly aligns with their major. They can’t find a role that they can truly live off of, if they aren’t where the action is. They move from suburbia to the city. They find a job. They love that job. But the job pays way less than what they need to live in the city. They have to leave. They move back home. They commute. They burn out but do their job.

Companies want people who can commit. If you live where your company is – great. Your train, bus or subway ride, is simple and you have the best chance at success. But if you live further off, you’d better bust your ass to work as hard or harder to prove to the company that you are worth all that time. Maybe you buy a car. The downside is, you end up spending more than you’d like, in gas, car insurance, repairs and sanity. But yet, we still do it.

Today, the minimum wage increases in a few Canadian provinces, but with it comes inflation on products and living costs. We’ve fought so hard for the low-wage workers to be able to live, we forgot about the moderate-wage workers who spend almost all their paycheque on commuting an hour away; something they must do, not necessarily want to do.

A few weeks ago, the EU courts voted in favour of treating commuting time as work – legislation that was brought forward after many years of research. During the trade union push to bring this about, Tyco found that commuting from job site to job site was valuable time wasted. They found the same for workers’ daily commute. Tyco concluded that they wanted to see salespeople be able to start their day directly from home – without the need of a check in or additional travel time to a HQ.

The EU judgement was clear:

“During the necessary travelling time – which generally cannot be shortened – the workers are therefore not able to use their time freely to pursue their own interests…. [t]ens of thousands of home care workers are not even getting the minimum wage because their employers fail to pay them for the time they spend travelling”

While this was based upon a grievance of a group of sales unions, this statement rings true. We work to get to work. We spend money to get to work. Some can write a percentage off, but not everyone can. Travel time is still work time – we have to be routine and on time in order to get paid. Most working in the city don’t live there, and that means travel time. In the EU, this legislation applied to EVERYBODY. Meaning, if you don’t live where you work, you get compensated.

Now, the Brits didn’t like this one bit. Rather, the companies didn’t. Responding with grievances up the wazoo, which I assume would happen here in North America, they found the judgement an outrage. Imagine if all those billion-dollar companies had to pay us to travel to work? They’d probably be more efficient, because we’d have the money to move closer.

But why is this important?

We live in a globally connected era. We don’t have to travel to work, but companies haven’t figured that out yet. We can use Hangouts, Skype, GoTo and more to have video sessions. We can Snap, and Tweet, and use progressive CRMS like phased.io to work within a group and not have to be present. Yet companies still want desk drones.

The generations of the 80s and 90s are starting to see the realities of this recession. City life is not affordable anymore, with that great starting salary dwindling quickly when our housing costs more than $3k a month. Our young minds are being deterred from working at these great companies, because no one will acknowledge the cost to work, let alone build a career.

You want a great employer brand? You want retention? Stop expecting these great young minds, full of talent, to live by old rules. They just can’t afford it. You want a break down? I did the math – you can check it out here – but the number is: $3265,65.

For most of the jobs I’ve been at, that would have been my whole paycheque for a month as a single person.

If you see that number and think that’s pretty manageable, you’re lucky or aren’t starting a career.

Employers have a great opportunity right now. Offer more, gain more. Research remote and mobile work contracts. Consider paying for gas to cover the cost of commuting. Employees aren’t drones. They’re pushing their way to the top and entrepreneurship looks good to them because they can’t afford to work for you.

If you want good talent, start fitting their needs, not a growing CEO wallet.

I thrive on social media and I believe industry should too. I engage businesses on a professional and personal level to help them gain the advantage that social media and the correct branding strategies can give even the smallest of ventures. It was my opportunity in starting my own company that gave me the freedom to experiment and succeed in several campaigns for clients. I am looking for the next challenge in my journey with to really push the limits of contemporary marketing strategies and advertising designs, to help their brand stand out and stand up in the market place.
Search