Coaching: Do You Abuse or Encourage? 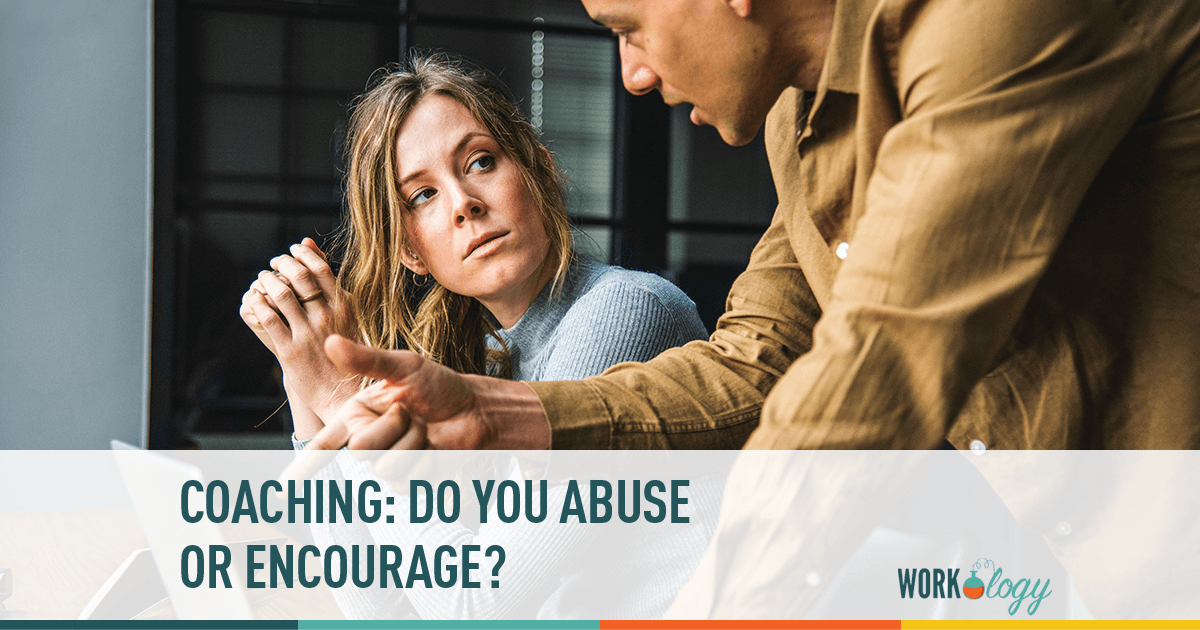 So we’re talking misused and abused workplace words at PIC this month. The one that annoys me the most?

As in, “I coached him on XYZ-thing and he got better” or “All she needs is some additional coaching.”

It’s been used so much that now “coaching” has become synonymous with “telling someone what to do” or “telling someone what they did wrong.” Because that is what we see coaches doing during sporting events. They bark orders to the players and yell at them when it isn’t done right. They yank players out of the game and plop them on the bench when they’re underperforming. They argue with referees about unfair decisions … And when things seem to be going well and victory is in grasp, the coach sits down on the cushy-er end of the bench to seemingly do a whole lotta nothing!

Coaching: Do You Abuse or Encourage?

As such, “coaching” in the workplace is becoming a negative thing. It’s now associated with aggressive behaviors by those in authority which creates unhealthy competition among subordinates to avoid punishment or dismissal. It results in much attention being given to mediocre performers and crisis incidents while consistent performers and general daily workflow gets ignored.

In our workplaces, coaching is what happens during onboarding and orientation. Coaching is what happens during training. Coaching happens during the ongoing performance feedback we give. Coaching happens when we guide and direct employees in effort to develop their potential … Because coaches set clear expectations for their team. Coaches articulate the vision and definition of success for their team. Coaches create solid training plans for their team to help them meet expectations and achieve success. Coaches devise individual plans for each player on the team to ensure they are working to their full potential, no matter how great or small their role on the team.

Simply telling someone what to do or telling someone what they’ve done wrong without also equipping them with the skills and tools for success or improvement is NOT coaching or being a coach. Because correction and criticism alone are not coaching. Coaching is about encouraging and preparing a person to perform the duties they’ve been trained to do at the appropriate time and in the appropriate way — then stepping back and cheering the person on to victory while ensuring no unfair obstacles are put in their way.

If we’re not willing or prepare to carry out that definition in our coaching, we shouldn’t use the word. And we shouldn’t be in the game, either.