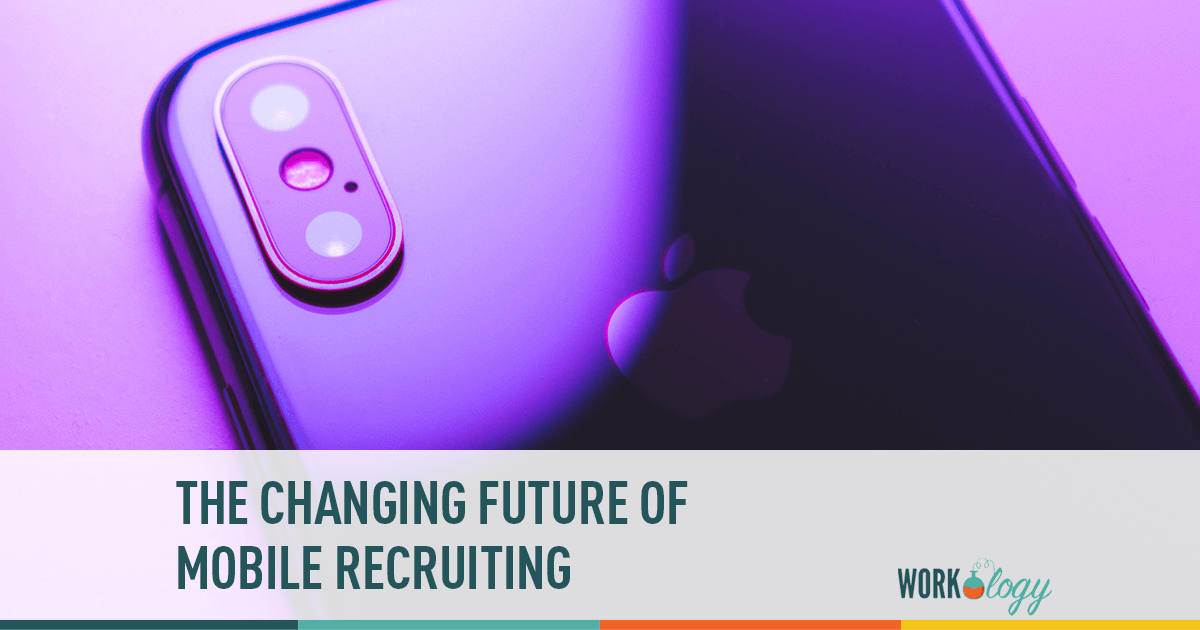 Mobile Recruiting week is sponsored by our friends, RXInsider and their new mobile app tool, CEAppCEnter. Learn more about mobile recruiting by registering for our webinar on 5/22 at 11 AM EST. Click here. Don’t forget to follow the Twitter hashtag, #mobilerecruit.

The big emphasis of recruiting, in fact of any website, is to make sure you are mobile capable. Everyone wants recruits, or consumers, to be able to access the company site via mobile technology. Today mobile technology is that smart phone or tablet that someone carries with them. What if the definition of mobile changes? What then?

What will mobile recruiting look like in the future?

Despite the fact that smartphones and tablets seem to be everywhere and companies are producing new iterations every few months, there are people who are predicting the demise of smartphones. As stated on EDF Pulse “According to a 2012 Médiamétrie study in France, smartphones are primarily valued for personal organization (83%) and connectivity (75%). Communication is only essential to 65% of users – almost the same as entertainment, at 64%. 50% of users can’t do without email or camera functions, and 35% have to have GPS.” The conclusion was reached that if people did not really value the phone function then a wearable more ergonomically functional might replace the smartphone. We are already seeing this with devices such as Google Glass.

One possibility of a mobile device is a headband that will allow you to communicate via your thoughts. Stuff of the future? No, it is the stuff of today. According to Tamara Welsh “companies such as Emotiv and InteraXon are creating mind-bending devices that actually let you execute basic smartphone commands using your mind.” Currently these devices have to be used in conjunction with a phone, but the future of having a device that allows you to connect to the Internet via thought only is not far away.

How does this change connectivity?

Today mobile recruiting is all about people connecting to websites and networking resources via the Internet. There has to be purposeful connectivity. The jobseeker looks at a company site hoping to find an opening. Or the recruiter scans sites such as LinkedIn looking for the “passive” candidate and then reaches out to them. What if wearables are engineered to allow for “incidental” connectivity? I currently wear a FitBit to record activity and movement. What if I had a device that could be loaded with my resume? I could turn it off and on as I saw fit. Recruiters could have a similar device that would be receptive to receiving those resumes within set parameters. I could be at a Starbucks and communicate my resume to the recruiter sitting there having a cup of coffee. You would not even need to be actively looking. Messages could be received via the device that indicate your resume was received.

With the “thought band” described above you could communicate with a website. Talk about having to change you website to be “mobile” receptive. Other such devices that could provide such connectivity would be clothing and jewelry. Like the FitBit a whole class of watches is being built to replace smartphones. Will your mobile recruiting device be enabled for them? Chester Gould, the creator of Dick Tracy, was ahead of his time with Tracy’s radio watch. Are you as advanced as Gould was?

Mobile Recruiting week is sponsored by our friends, RXInsider and their new mobile app tool, CEAppCEnter. Learn more about mobile recruiting by register for our webinar on 5/22 at 11 AM EST. Click here. Don’t forget to follow the Twitter hashtag, #mobilerecruit.