#CES2015, #HR, and the Mecca of the Technology Conference 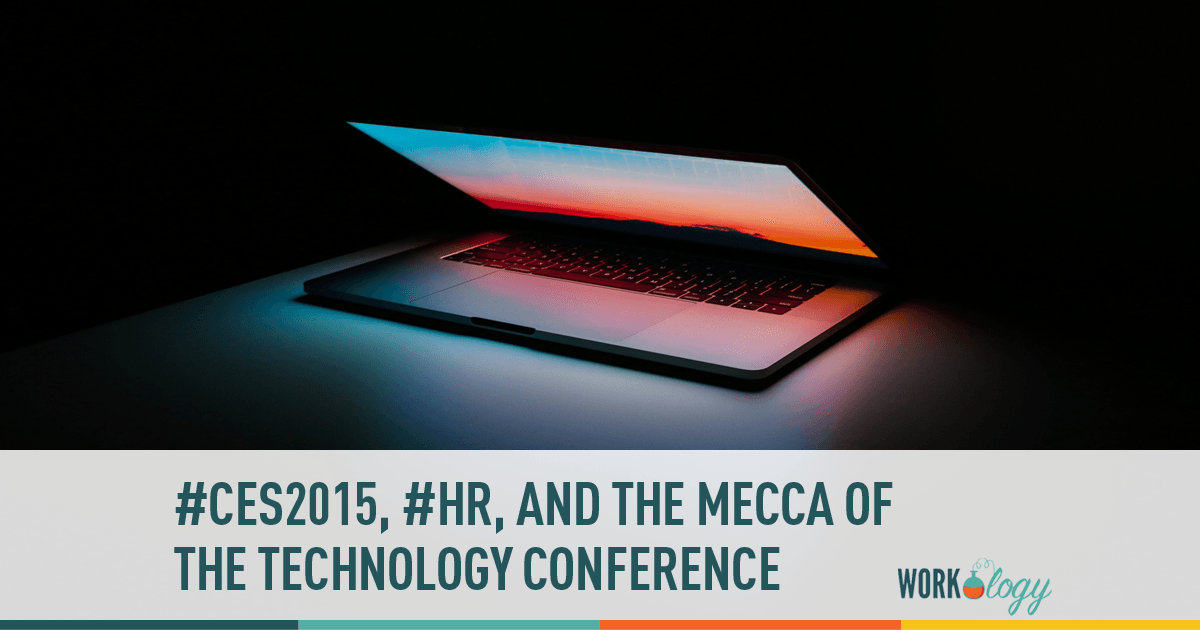 This week I had the pleasure of traveling to my favorite city in the world (okay, maybe not even on the top 10) and attending one of the largest, if not, the largest, technology conference. I got in Vegas on the first flight out of Denver and nothing could’ve prepared myself for what I was about to experience. After dropping my stuff off I proceeded to the Las Vegas Convention Center where 3,600 exhibitors across the largest show floor in history with more than 2.2 million net square feet of exhibit space was waiting for me. This is the largest show in the Consumer Electronics Show history.

My goal for the week was to walk (almost) every inch of the showroom floor looking for technologies that could eventually have an impact on the Human Resources industry.

3 Trends at CES for the HR Industry

Wearable technologies for health and fitness

Regardless of hearing this buzzword over and over it’s a trend in the HR space that will only get bigger. There are companies out there who are focusing primarily on the HR industry and how practitioners are able to embed wearable technology into corporate wellness programs. At CES there were probably 15-20 wearable vendors that said they were better because of certain features, but each of them pretty much had all the same features and were on par with what we’re seeing on the market today. Companies have distanced themselves from each other by providing sleeker and more stylish options that your employees would want to wear.

Another piece of technology that isn’t necessarily wearable are the innovations in a standing/walking workspace. Companies have created really cool technology that makes captures your standing workplace with a walking flat surface that fits easily next to your existing desk.

Voice recognition programs could be a next big trend when it comes to security of files and data in a company. We’re seeing a move to biometric authentication (i.e. fingerprints, etc.) but due to an increase in the need for security having some type of voice recognition software in your company can protect you from data breaches and help lock files to certain users. During CES there were a lot of booths that specialized in security and data and I saw some cool features that could be implemented into not only the HR industry, but enterprise customers as a whole. I’m not saying that your HR files are worth chopping off someone’s finger (do you know the movie reference?) and using it to get into a secured building, but it’s cool technology that could futurize your workplace.

Employee monitoring in the workplace

Employee monitoring has been a big issue since the whole social media debacle, but at exhibitors at CES are getting even more crazy with different technology that will all employers to monitor employees without them even knowing. The introduction of face recognition, 3D scanners, and 360 views with a camera so small that you don’t even know it’s there is quite frightening. Employers would be able to monitor activity at every angle without an employee even suspecting a camera in the room. We all know most work can be accomplished in the first three hours of the day and the rest is spent playing on Facebook, with these new technologies we can say goodbye to that!

Bonus! Beware of the drones!

Drones everywhere. I even got a remote controlled helicopter for free (yay press badge!). Just think about your employees and if they had your address a drone to spy on you at home. You never know what employees are capable of to take revenge on a terrible boss. You wouldn’t know it’s their drone and they can monitor your every movement, how scary would that be?

Overall the Consumer Electronics Show was very interesting and opened my eyes to all the crazy expensive gadgets that no normal human being would be able to afford in their lifetime. From your fifty thousand dollar drones to your ten to twelve thousand dollar TVs, attendees of this show come for a few things: the parties, the cool technology, and to get free stuff. If you’re ever in Vegas or have a chance to go, do this once, and maybe a few more times just for the free stuff and parties. I walked over 30,000 steps at CES in a matter of 6-8 hours walking the floor. I guess it’s a good way to get your exercise in too!