Can We Future-Proof Our Jobs and Workplaces? 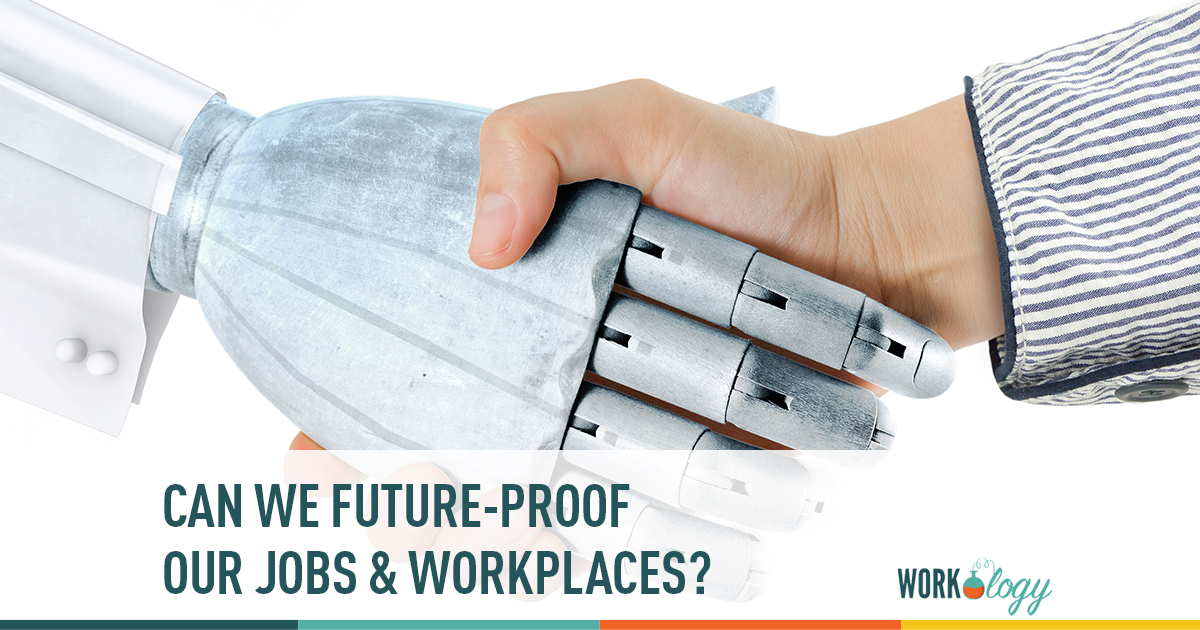 As we read more and more about the impending ascent of artificial intelligence and machine learning, being able to “future-proof” may hold some appeal to readers. Barring a change in the laws of physics holding off the future is hard to do. Even a nuclear holocaust would leave people who know what could be done. So the future is inevitable. So what can be done about making sure algorithms and robots don’t entirely eliminate people in jobs?

I have a poster on my wall that says “We cannot direct the wind, but we can adjust the sails.” We will not be able to stave off the future, but we can control our reaction to the changes. In the short-term there are several things we can do.

The future is not about acquiring more skills. AI can do that too. The type of training we need to be doing is in the soft skills that involve emotion, decision-making, creativity and complex problem solving wrapped around those things. Machine learning will eventually get to that, but not for a while. According to writer Martin Ford, author of Rise of the Robots, the safest jobs are those that involve a human component. Not the redundant stuff that will disappear the quickest, the stuff that involves decisions about kindness, fairness and the ethical thing to do.

One impact HR can have is to pay attention to the effect that job changes are having on employee morale. As I wrote in Is the Future of HR Technoethics? HR will be faced with tough decisions they will have to make about getting rid of employees. What is good for the company? What is good for employees? Even what is good for society? While it may make more sense to make the company more profitable in the long-term is that the ethical thing to do when workers are being displaced. Weighty decisions to argue with management. Weighty decisions to argue with the government as well. This may not only require a restructuring company but also societies. Are you ready for that impact HR?

In the Long Run

In the long run Ford says our efforts at retraining will have limited success. We as companies, or as a society will need to be considering issues of guaranteed incomes, reduced workweeks, and other societal changes that will allow workers to have something to do and to earn or receive an income in order to live and to bolster society.

Thanks to Rachel Brown for the inspiration for this blog post.