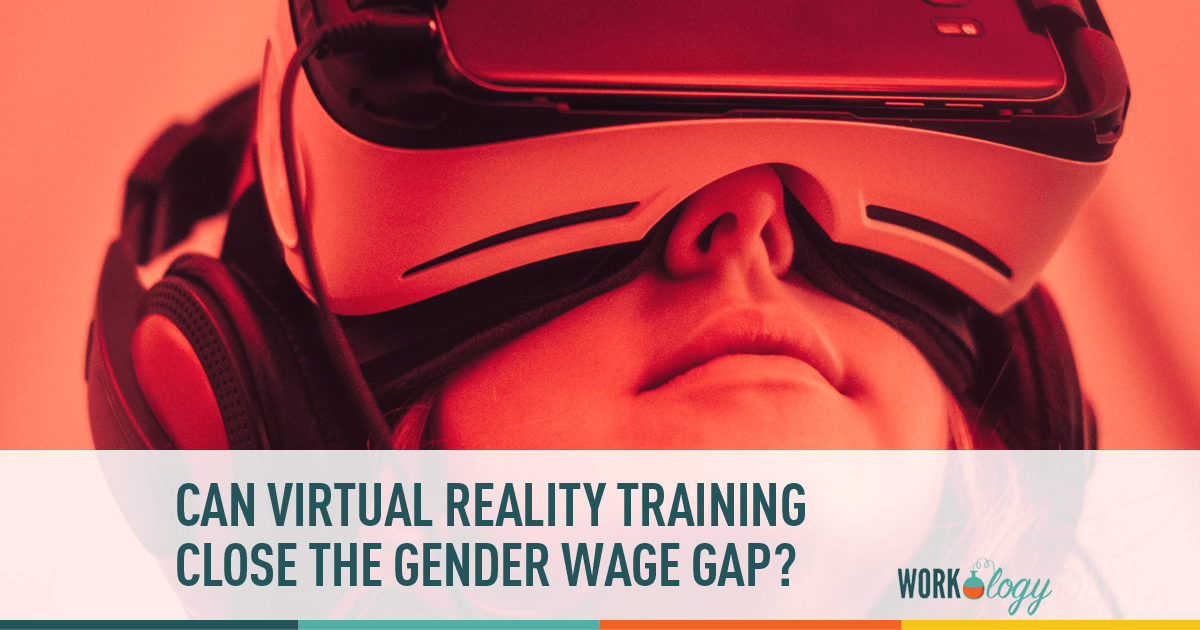 Virtual reality has great potential as a training tool. It is already being used as a training tool for industrial applications, as well as the military and commercial flight training. Now it is being suggested as a way to train women to be better negotiators in order to reduce the wage gap between men and women.

Tool to Close the Gap

Elizabeth Winkler reports in Quartz that Variable Labs, a California-based virtual reality startup, has created a program that takes women through many negotiation scenarios in order to improve their skills. She cites figures that say that only 1 in 8 women will negotiate while 1 in every 2 men negotiate. The software created by Variable works with the Samsung Gear VR headset. It immerses women in situations where they have opportunities to practice negotiation. As time passes the technology will only get more sophisticated and the situations more varied in order to cover different industries and jobs.

Unfortunately, Winkler does not tell us how widespread this technology is or where a job candidate can get exposed to this this training. The software was revealed to the White House in August 2016 where it was praised by the Commerce Secretary, Penny Pritzker. However, she did point out the same issue I did and said it “has little value unless we make it accessible and consumable for our businesses and our people.”

In a blog post I wrote in November of 2012 called Empowering Women to Negotiate I describe a Freakonomics study done on the study of “want ads” and the language they used. The study found:

“If a job situation was ambiguous and did not mention anything about salary negotiation men were far more likely to negotiate than were women. However, if the ad for the position stated that “salary was negotiable” the researchers found that women negotiated as much, if not more, than did men. Apparently women like to be told they can negotiate. If rules don’t exist, they don’t attempt it.”

Obviously negotiation skills are learnable. The fact that girls are not taught these skills is a cultural problem. I think everyone should be taught negotiation skills early on. Other cultures don’t have this particular problem, as you quickly learn when you try to shop in many marketplaces outside of the United States.

Some companies are eliminating wage negotiation entirely as I talked about in Future Friday: Will employees be setting wages in the future? We could just legislate that companies are not allowed to negotiate wages and have government approved wages that have to be offered for particular milestones — although, at this time that may not be a popular method.

Not the Only Issue

Of course the inability or unwillingness to negotiate for a salary is not the only thing that causes the wage gap. Differences in career tracks, differences in educational tracks, and time absent from the workforce for child rearing are all factors that have to be evened out to determine at what level the wage gap really exists.

However, if you are trying to improve negotiation skills, for anyone, technology is now providing a great new strategy.