How to Interview Job Candidates and Uncover the Best Talent 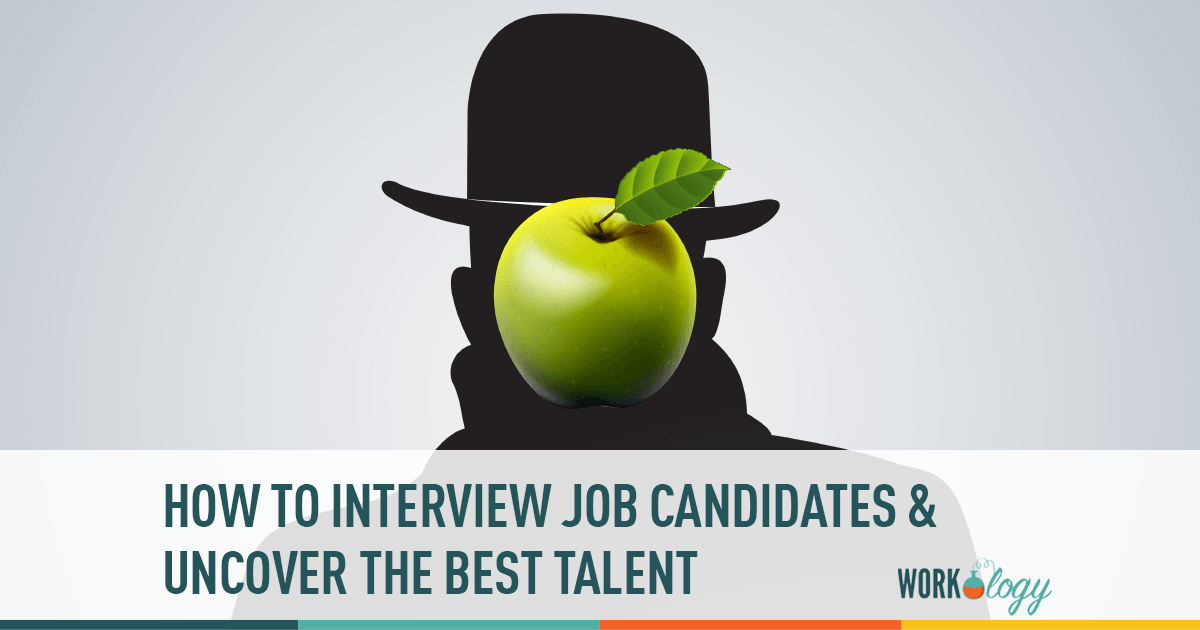 With the evolution of data science in the human resources arena, there are opportunities for hiring managers to have the kind of insight that wasn’t possible 10 years ago. We can uncover things beyond what’s on a candidate’s resume, using the interview to assess for culture fit as well as experience. In this post, we’ll offer some tips and explore the science behind a great interview.

Just the Facts About Candidate Hiring and Selection

The interview is the single most important candidate selection tool after the application and/or resume. All candidates should have the opportunity to answer the same questions and be allotted the same amount of time so you can evaluate them based on standard criteria.

Sticking to a script, also known as a structured interview is also important to ensure compliance. There’s a long list of interview questions that aren’t legal to ask a candidate, such as whether or not they’re married, have children, their age, if they have a vehicle, and – in California and New York – their salary history.

Before you walk out to greet the candidate, review the job description and the candidate’s resume or application so that you are well-prepared. Be prepared to discuss company benefits, vacation policies, and other commonly asked candidate questions. During the interview, make sure you’re actively listening – it’s easy to “tune out” and focus on what you’re asking next. Taking notes can help you remember to listen attentively. It’s also a good idea to set aside some time after the interview to note anything that stood out about the candidate while it’s still fresh in mind.

Remember that the interview is not just about qualifying the candidate. The candidate is also qualifying you, so allow time for the candidate to ask questions. Be sure to let the candidate know what comes next or how soon they can expect to hear from you. Don’t overcommit, but end on a positive note.

After the interview, it is critical to score the job candidate in order as soon as you complete the interview. Using an intake form with the same criteria for each candidate can help when scoring the interviews, and it’s imperative in order to analyze data by which you’ll select your next great hire. We’ll talk more about the science of the interview in the next section.

The Science of a Great Interview

In a 2016 Fast Company article, Dr. Tomas Chamorro-Premuzic, an international authority in psychological profiling, people analytics, and talent management, touches on how hiring managers can benefits from scientific analysis of candidates.

Researchers have devised psychometric tests that aim to standardize and measure the types personality features that many of us just try to guess at subjectively. Chamarro-Premuzic recommends keeping the “chit chat” to a minimum. “Although it’s useful to break the ice and build some rapport with the candidate, small talk should really be kept to a minimum, ideally to two minutes or less. That may sound stern, dispassionate, and inhuman to some; companies often like to use the interview experience to let loose, show off their culture, and see what kind of chemistry emerges organically.”

He adds that establishing a clear starting point to the interview and focusing only on the actual interview questions is the interviewer’s main task in order to use data in the decision-making process. This is where your handy standardized intake form comes in. If you’re ranking each candidate based on the same factors in every interview, you can score the candidates without bias (which also lends itself to compliance).

So what about making the candidate more comfortable so you can get a better sense of their personality? Culture fit is important, but you can build rapport in an interview in a short amount of time. If your interview questions are solid and you’re not reading them from a computer screen, you can assess things like personality and unearth disqualifiers in a standardized format.

In a SHRM Online interview about the future of HR and data science, Lazlo Bock, former top HR Executive for Google, said “everyone talks about culture and how it’s important and how they’ve got a great culture. But the way organizations and people assess culture and shape and drive is wrong. There are all kinds of surveys around about how people are feeling and different ways of measuring it. For the most part, those aren’t really tied to something that will predict performance or happiness or attention.”

Bock adds that “we all do HR kind of by our gut instead of relying on science. And by the time you’ve been doing it for 20 or 30 years you know what works and what doesn’t. But what if you could shortcut that and actually say: Here’s a brand-new employee or a new company or a new HR person; here are the things that we know work and are proven to work; and we will do them, and then we will measure whether or not they are working?”

The Bottom Line on Hiring the Best Talent

Standardizing interviews in order to assess and analyze data doesn’t mean you have to become an automaton. By all means, include questions that will make your interviewee comfortable – just ensure you ask each candidate. And the few minutes of small talk just before you begin the formal interview should be a natural platform that leads to your interview questions – the key here being “natural.”

Even if you’re new to the process, the questions you ask won’t sound like a script if you understand why you’re including them and what differentiates one role’s questions from another. It’s also a good idea, especially if you haven’t been interviewing for 20 years, to practice your technique. Once you’ve asked the same 25 questions 25 times, it will feel as natural as small talk, with the bonus of an improved (and standardized) candidate experience and an experiential data set you can use to make a solid hiring decision.

Kyle Sparzo is a recruiting veteran who currently serves as a Recruiting Optimization Lead for Comeet. He's a pro at creating a meaningful story behind recruiting and hiring data and analytics.