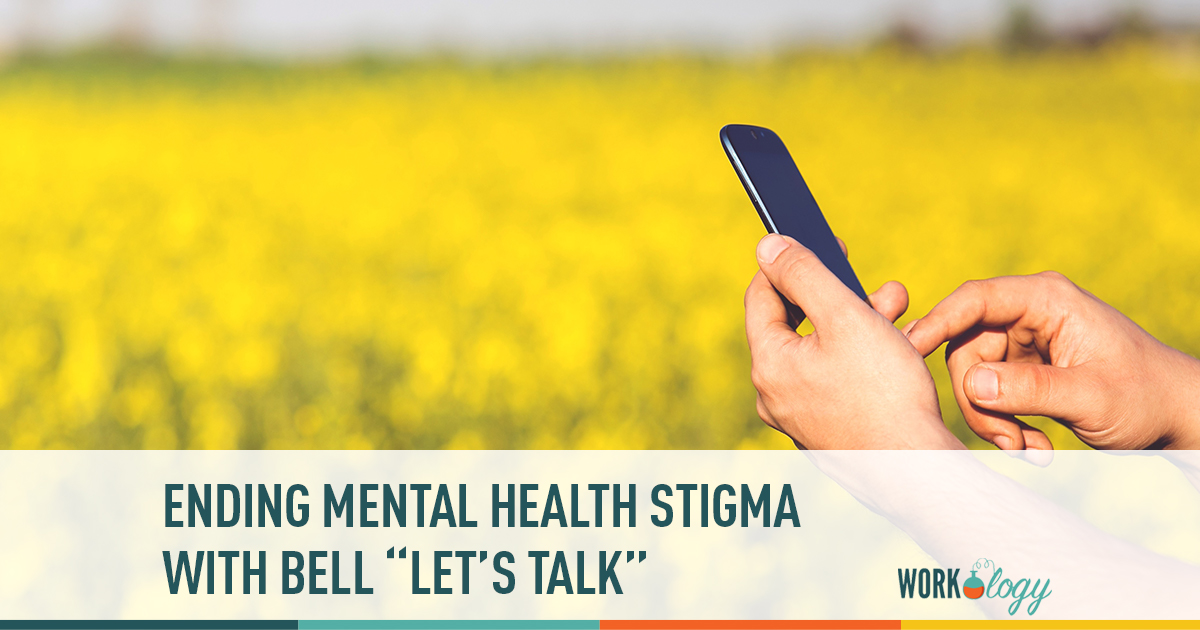 However, the annual initiative hasn’t been without controversy. Early on, critics of the program argued that Bell could make the initiative less burdensome for participants, the charity itself more transparent, and could do more throughout the year to work towards ending stigma against discussing mental health. Bell seems to have taken those criticisms on board and in recent years, has moved from a purely hashtag and text triggered donation model, to one that counts all customer interactions on Let’s Talk day. They’ve also made their donation goals transparent — they hope to donate at least $100 million to mental health causes between 2010 and 2020 — and have supplemented the Bell Let’s Talk donation drive with resources and toolkits for turning Let’s Talk into action at home, in school and in the workplace.

It’s not a perfect model of corporate giving but it is a good one and it’s impossible to say that Bell Canada hasn’t used its formidable media presence and big advertising war chest to make Let’s Talk an annual topic of public conversation. Real conversations about mental health stigma happen on the #BellLetsTalk hashtag every year and the company has brought in celebrity spokespeople, from athletes to actors to business people, to share their own struggles with mental illness. So for all that the initiative as a whole has received mixed reviews, it’s clear that it has helped to ameliorate the stigma against discussing mental health, simply because it’s been so effective at getting such conversations out there and making them a priority in its corporate culture, brand and the public consciousness.

Bell Let’s Talk offers three important lessons for any organization looking to expand its charitable giving and to improve its company culture:

1. Be Open to Community Criticism

Even if you assemble the best team and create what you think is the best possible program, you won’t get everything right. When people within your organization and community push back, be ready to listen and evaluate their criticisms. Genuine criticism from within an affected community should be welcomed — it will help you improve your program and reach your goals faster and more effectively. Pushback on your goals themselves (think: “I don’t like all this focus on race/gender/disability/etc”) should be taken with a teaspoon or two of salt. You know your organization and your clients best, and you also know what kind of company culture you want to have going forward.

2. Walk the Walk When it Comes to Charity and Social Change

Deciding on what charities to support or drives to participate in, you should research carefully to make sure that they’re reputable, well-managed and have similar values to your own organization. But figuring out what kinds of causes you’re interested in shouldn’t be difficult — if you’ve mapped out your corporate values then you should already have a sense of what kinds of causes make sense. Corporate charitable giving is a lot like personal giving — the causes you support reflect on your own values and how you practice them. Bell Let’s Talk makes sense because Bell has invested time and training into better mental health in their own workplaces. Let’s Talk also has a clear connection to the company’s purpose. Bell’s contribution to ending mental health stigma is to focus on communication: educating yourself about mental health, becoming more comfortable discussing it, and learning to communicate clearly and supportively about it. That’s a natural fit for a telecom.

3. Work With Experts to Create the Best Possible Program

The reason Bell Let’s Talk has lasted so long and become so successful is that Bell worked with mental health experts to take their charitable initiative beyond just an annual donation drive. They worked with experts to create toolkits and online resources. That is, in addition to directly funding mental health organizations and saying that it’s time to end stigma, they’ve tried to model how you can help to end that stigma. Their toolkits are designed to be used in schools and workplaces and their one-on-one conversation guides can be used in your personal life or at work. Committing to working with experts and offering resources to others is another part of walking the walk — it demonstrates a real, not superficial, interest in the cause.

When it comes to corporate charitable giving, sincerity matters. Many members of your community are predisposed to be suspicious of corporate giving, and not without cause. All too often spray-and-pray isn’t just a model for marketing, but one for charitable giving too. But your charitable programs grow to become a crucial part of your customer-facing and employer brand, and over years of employee-participation fundraisers and volunteer opportunities, they become part of your corporate culture too. Choosing the wrong cause to champion or only doing it half-heartedly can have grave consequences for your business — it’s not just an embarrassment that can drive away customers, it can make top candidates think twice about accepting your offer too.

Bell Let’s Talk takes place on January 25th so if corporate giving is on your mind this quarter, keep an eye on the social media campaign Bell runs in the lead up, and the kind of participation it gets on the day of.