What Back to the Future Can Teach Us About Success 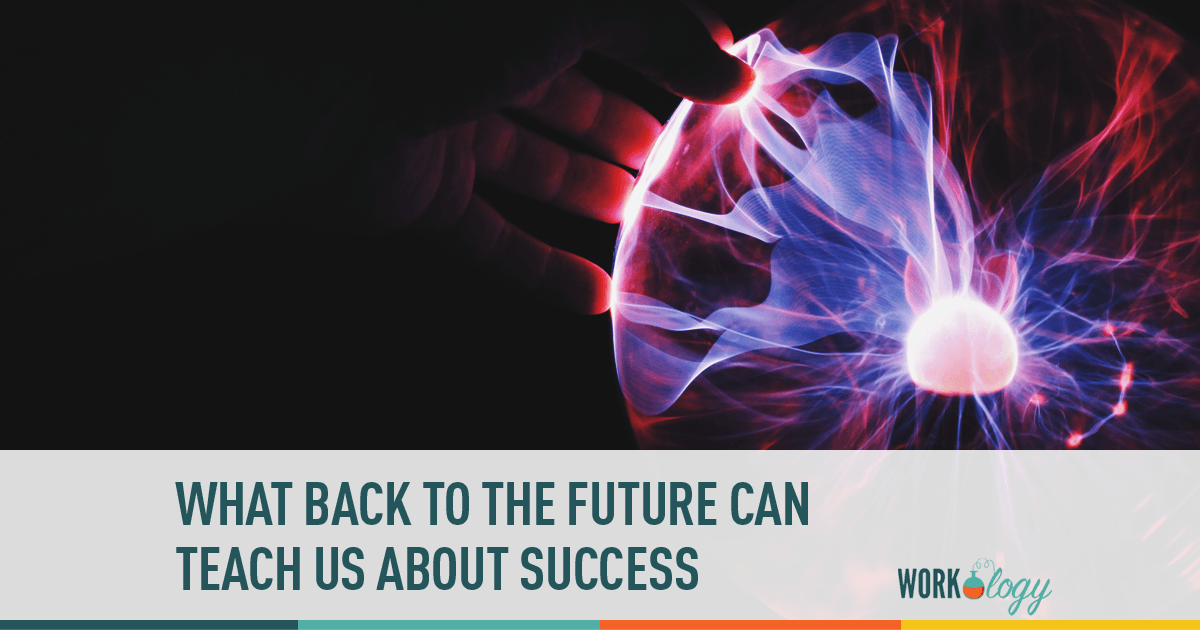 Poor Marty McFly is constantly travelling backwards and forwards in time, preventing the Biffs and Griffs Tannen of the world from succeeding at the expense of various McFlys, and for all the shenanigans of the B2F films, the climactic solution consistently revolves around Marty helping some hapless McFly learn to project his best self, and meanwhile, forcing the true self of Tannen into the light. McFlys are hardworking, talented and sincere. Tannens are strong personalities who steal ideas and capitalize on them to the utmost. McFlys may be tempted by easy outs and distractions, but eventually they all live up their potential. Tannens, on the other hand, will always out themselves as bullies.

We want the McFlys to win. They’re good people and they’re hard workers. Even when Marty is mucking everything up, he’s still our hero.  But how do McFlys win? It’s not just by virtue of being better people, it’s through planning, determination, courage and sometimes even a little manipulation. In other words:

Good guys don’t always finish last, but they don’t always finish first, either. George McFly is smart and nice. He has good ideas and he works hard. But by the time Marty sets out with Doc Brown, he’d stopped trying a long time ago. At the start of Back to the Future, George is miserably under-thumb to his much less talented supervisor Biff Tannen. It takes his future-son travelling back in time and giving him the Pygmalion treatment to get George to stand up for himself and what he wants.

What Marty teaches his dad, and what George teaches his son, is that success is a balancing act that requires talent and handwork; charisma and character.

It’s true, being good is its own reward, but being good and being good at your job, don’t necessarily translate to material rewards. Goodness and skill give you the reward of knowing — your value, your worth, and your character. That’s a wonderful gift, but it’s not a promotion or raise. Biff Tannen clearly knows the value of material rewards, since he hoards them for himself while denying George. He even knows the value of building relationships with the right people, in a way, as evidenced by his constant pursuit of Lorraine. But Biff is the villain because he has never been good or understood its use.

The McFly’s great heroic trick throughout Back to the Future is figuring out how to be successful without being mean; to stand up for yourself without standing on others’ backs. What the McFlys do, that the Tannens can’t, is be good people who are good at their jobs, who can capitalize on their talents without abusing them.

It’s Not About Winning, It’s about Working

We want the McFlys to win, and to win permanently and comfortably, so why can’t they? Because winning, whatever the field of competition, isn’t just about being good. It’s not even about being the best. Winning is temporary; success is a work in progress. It’s a striving, not a resting state, and it’s not something that we can “win” or be given. That’s where the Tannens go wrong, when they rest on their laurels, and that’s where George McFly goes wrong, when he gives up.

When Marty travels to the future in Back to the Future 2, and hits upon the idea of bringing a sports almanac back to his time, his scheme is turned back on him. It’s Biff who manages to give the almanac to his younger self. It’s Biff and his son Griff who get to enjoy the fruits of their un-labour and who build a shaky empire — and loads of enemies — on it. They win. More than once. But somehow, winning, be it winning money or winning Lorraine’s affections, never seems to last for them. Marty McFly, with the help of Doc Brown, is the forever fly in their soup.

And young Marty, our hero, never quite gets a happy ending; he’s always working towards it. First he saves his past, then his future, then his far past, then — who knows? We only got three films but somehow I can’t imagine that Marty got to rest on his laurels — for one thing, most of his hard work throughout the franchise went unnoticed by everyone around him; for another, time travelling adventures aren’t so easy to get away from. Marty may protest but he loves a good adventure, and there’s his temper to consider.

Success isn’t a done thing in Back to the Future. Just when you think Marty has things on lock, you discover that no, he absolutely does not. That’s partly because time is so fluid in Back to the Future, but also because that’s just life: it’s not over until you’re dead. And even in death, your story isn’t over. If success in the art world is impact and recognition, then many artists finally found success long after death. So too for scientists, leaders, and rabble rousers, who died thinking themselves failures, but are recognized now as having made incredible contributions to the world. But you want to enjoy your success, without resorting to time travel or necromancy, don’t you?

Back to the Future’s central conceit, aside from the time travel car, is that second chances are plentiful if you have the determination to take them — or even make them. Marty’s great gift to his father is not just teaching him to recognize opportunity, but also to create opportunities. You see, time travel isn’t just fun, it’s a metaphor. What’s your biggest regret? You can’t change the past but you can view it differently. You can learn from it. You can do things differently in the present and in the future. And you can go back: to apologize if you’ve wronged someone, to confront if you’ve been wronged, to try again at a career you gave up on, this time with new insight and energy. You do get second chances, even if sometimes they’re scary.

Get on that hoverboard and make it happen.