Baby Steps In Business. Story Behind Why I Do What I Do. 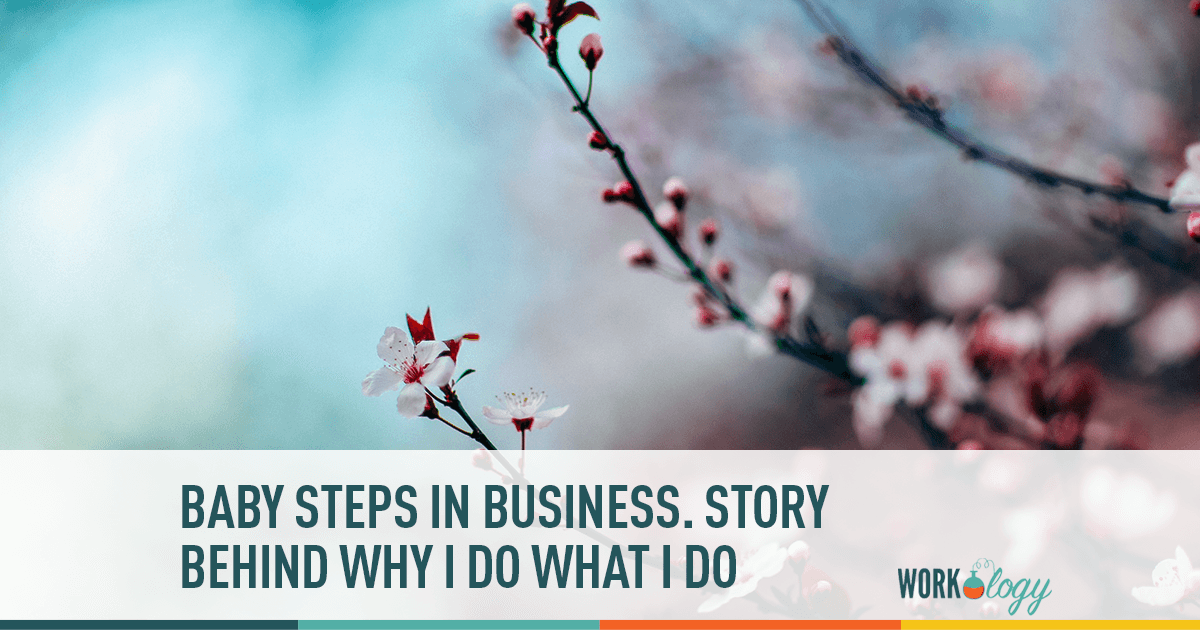 Nearly 2 years ago this October I walked out the door of my previous employer.  Resigned and called it quits.  I made a hasty and life-changing decision after my boss made an impromptu visit from Chicago to my office door.  My boss called me as he boarded his flight and told me that he’d be at my office in under 2 hours.  He expected that I be there too.  He didn’t care that I had just visited the doctor with my daughter who was running a fever early that morning.   He didn’t care that I didn’t have any daycare arrangements as I had planned on working from home that day or that I hadn’t even showered or was dressed for work.

He didn’t care and why should I?

My personal and family obligations were not as important as the last minute meeting I had been summoned to attend.  And so I did my best.  A member of my staff entertained my daughter as I sat through my meeting.  I compromised my staff’s health by subjecting them to my sick daughter to discuss an Excel spreadsheet and a quarterly report.  “This wasn’t something that could be handled over the phone,” he said.  It was purely and simply a control tactic and game which I was no longer willing to play.

Before the meeting could conclude I resigned from my position.  I wouldn’t allow my employer to treat me, my family or my staff in such a way.  I worked to live.  I didn’t live to work, and this new and relaxed way of thinking, conflicted with my boss’s point of view.  Just as my opinion and use of social media.

And with a simple blog post, nearly two years ago, I announced my entry into full time consultancy.  Titled simply, “A New Chapter,” I was scared, unsure, and unprepared for what lay before me.  No more forced conference calls or impromptu visits.  I made the rules.  And I survived.  More importantly I thrived.

So this morning (Tuesday) as I walked into my new office, I proudly turned the key to unlock my office door.  Thinking about those first few months making calls, writing blogs, and promoting my book from my cluttered kitchen table.  My path in business is unique and all my own.  I’ve taken baby steps in business and focused on parenting my daughter (who’s nearly 3) with no set business strategy, playbook or answers but my own.  I’ve done what’s best for my family, my husband, and my daughter.  And today I’m reminded by that risk nearly two years ago and how it has transformed my world and life for the better.  By taking baby steps, I’ve opened myself up to endless possibilities for my family as well as my business.

Thanks to everyone for your continued to support of me, this blog, and my entrepreneurial journey.  It’s because of you and your support that I began a new chapter in my business by renting my own office space.  Pictures and video to follow as my furniture is being delivered to my new office later this week.

Learn more about Jessica Miller-Merrell, SPHR, SHRM-SCP, the founder of Workology, a workplace HR resource, and the host of the Workology Podcast. More of her blogs can be found here.