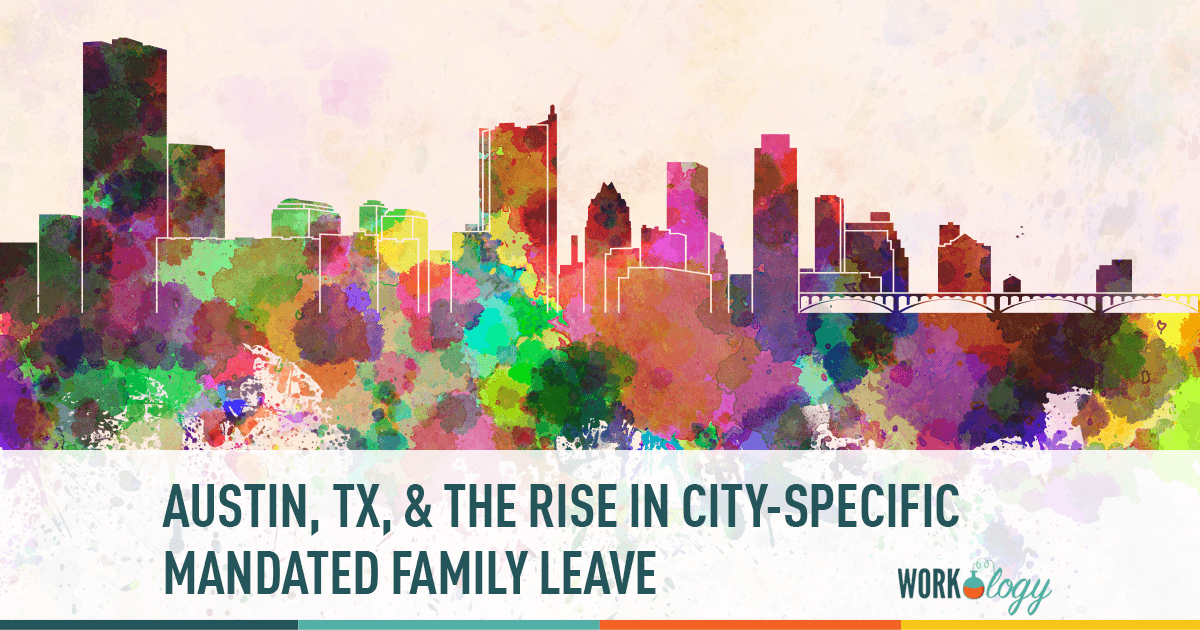 Recently, I rented a U-haul to pick up some furniture and the woman who checked me in to get my trailer confided in me that she was working three different jobs to make ends meet. She looked tired and I wondered how she found the strength and energy to deal with customers every day and with a smile. This woman needed a vacation or at least the peace of mind knowing that if she was sick, she would get paid time off. and Between her three different part-time jobs I’m betting she wasn’t entitled to any. The mandated program in Austin changes this, requiring all private employers in Austin to allow employees to earn one hour of sick time per 30 hours worked, capped at 64 hours, or face a $500 penalty per violation.

Some 223,000 workers in Austin — 37 percent of the city’s workforce — who do not get paid time off from work when they fall ill. This means that employees are more likely to show up to work sick and potentially spread their illness to others, otherwise they’re short on payday. When workers have to go in sick, it puts us all at risk. Mandating paid sick time is one way to prevent the spread of illness (especially considering the flu season we’re currently experiencing). For the many Austin families struggling to make ends meet, days of lost pay lead to financial turmoil.

According to a fact sheet from Work Strong Austin, a coalition of activist groups supporting the proposed sick leave ordinance:

It’s not just Austin. From the National Partnership for Women and Families:

Right now, 85 percent of U.S. workers – more than 100 million people – have jobs that do not offer paid family leave. More than 60 percent do not have paid medical leave through employer-provided temporary disability insurance. As a result, when working people welcome new children, have family members who become seriously ill or injured, or need serious medical care of their own, they have to choose between their jobs and their health or the health of their families.

Forward-thinking companies want to attract workers and families to their cities, which is why programs like this bring top talent to fast-growing locations. Cities like Austin are also the canary in the coal mine when it comes workplace trends, such as the sharp increase in a gig economy, part-time and contract work. Companies hiring employees for gigs still have to retain them, and more and more workers are juggling multiple jobs, often without paid vacation time or even benefits.

While the proposed mandate only covers private sector employees, it would allow all workers, including seasonal, temporary, and part- and full-time employees who work at least 80 hours over the course of a year in the City of Austin to earn paid sick days. This means the woman I met at the U-haul counter would earn paid sick time for at least one of her three part-time jobs.

The proposed mandate is a minimum requirement and many Austin companies, particularly in the high-tech sector, already offer paid sick leave plus. But the tech sector sets a high bar. The ordinance would have the greatest effect on the maintenance, construction and service industries, that last group including restaurant staff and caretakers. Between 65 and 70 percent of employees in those sectors do not have access to sick leave.

If the proposed mandate passes, cities that are suburbs of Austin will likely have to follow suit, such as Round Rock — the corporate headquarters of large companies including Dell (with 12,000 employees) and Emerson Automation Solutions (with 875 employees).