Attitude is Everything Part 2: R-E-S-P-E-C-T 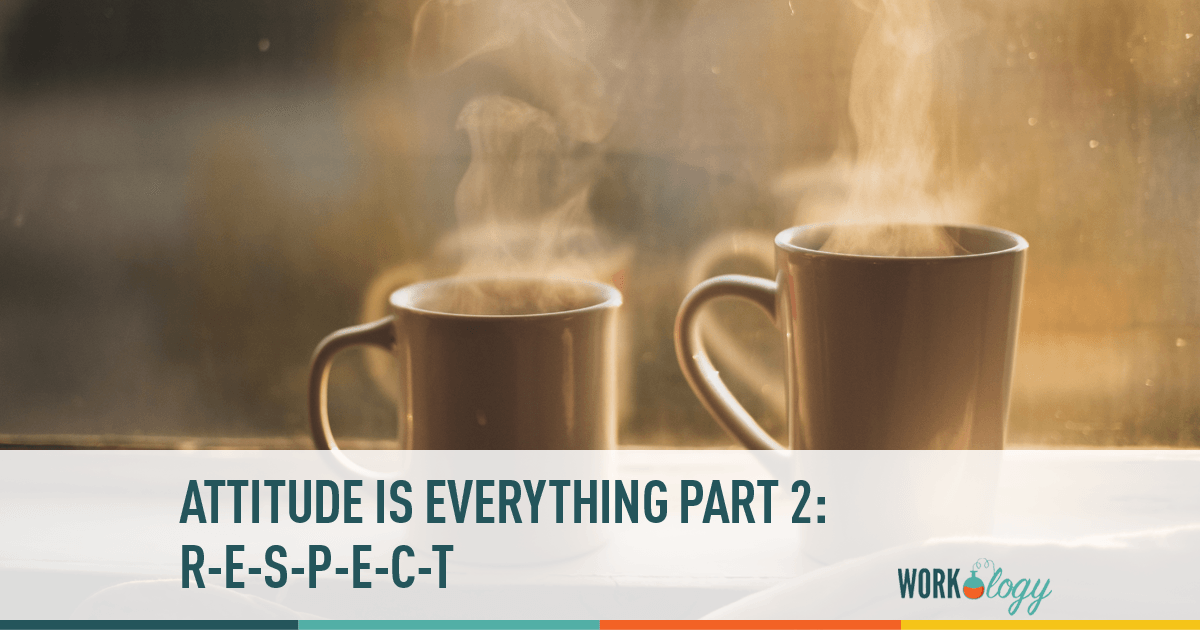 For part one of this eight part series, visit Attitude is Everything on Blogging4Jobs.

One of the most sincere forms of respect is actually listening to what another has to say. – Bryant H. McGill

Respect is one of the most misused and misunderstood attitudes.  When respect is not felt between people, it becomes a silent death sentence to the business relationship.  It negatively affects team synergy, productivity and the bottom line!  If you’re 40+ years of age or older, you were taught that respect is something you are given based on your rank, title, status or privilege.   The higher you are on the corporate ladder, the more respect you get!  Well…that’s not exactly how it works.

Jack Welch, the former CEO of GE had a vision:

Jack Welch‘s goal was to make GE “the world’s most competitive enterprise.” He knew that it would take nothing less than a “revolution” to transform that dream into a reality. “The model of business in corporate America in 1980 had not changed in decades. Workers worked, managers managed, and everyone knew their place. Forms and approvals and bureaucracy ruled the day.” Welch’s self-proclaimed revolution meant waging war on GE’s old ways of doing things and reinventing the company from top to bottom.

Today, GE with its unique learning culture and boundary-less organization is one of the most admired company’s in the world. The techniques and ideas that Welch has employed to move GE forward are applicable to any size corporation, small, medium, or large. So if Jack Welch, the legendary leader of GE can transform his organization, why can’t others’ follow in his footsteps?  What’s so hard about it??

Let’s follow the ATTITUDE formula in Part 2 of this 8 parts series:

If you answered YES! …Then proceed to the next section of learning more about how to give respect and get respect in the workplace!

That will help you get out of your judgment of frustration or anxiety and put your focus back on your work relationship needs!

Respect – I think Jack Welch sums it up nicely in his chart below: 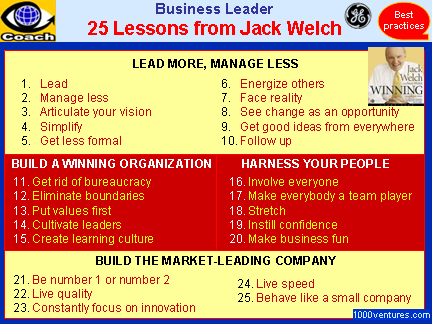 We’re all smart people.  Of course everything you’re reading makes a whole lot of sense.  But like anything else, you MUST put the Attitude of Respect into practice!

Go back to the questions earlier and utilize the Attitude of Respect.

Respect allows you to “meet people where they’re at” instead of going into a situation with preconceived notions.  Building a tool box of useful attitudes will allow you to manage your frustration and anxiety…i.e. your judgment!

You’ve got 2 now – Curiosity and Respect.  How do they inform the situation?  The Relationship?  Remember: Useful attitudes allow for more conscious and intentional decisions.  You don’t wake up and choose to be frustrated or anxious, do you?  But will you wake up and choose to become a great leader?  Stay tuned for the next attitude…