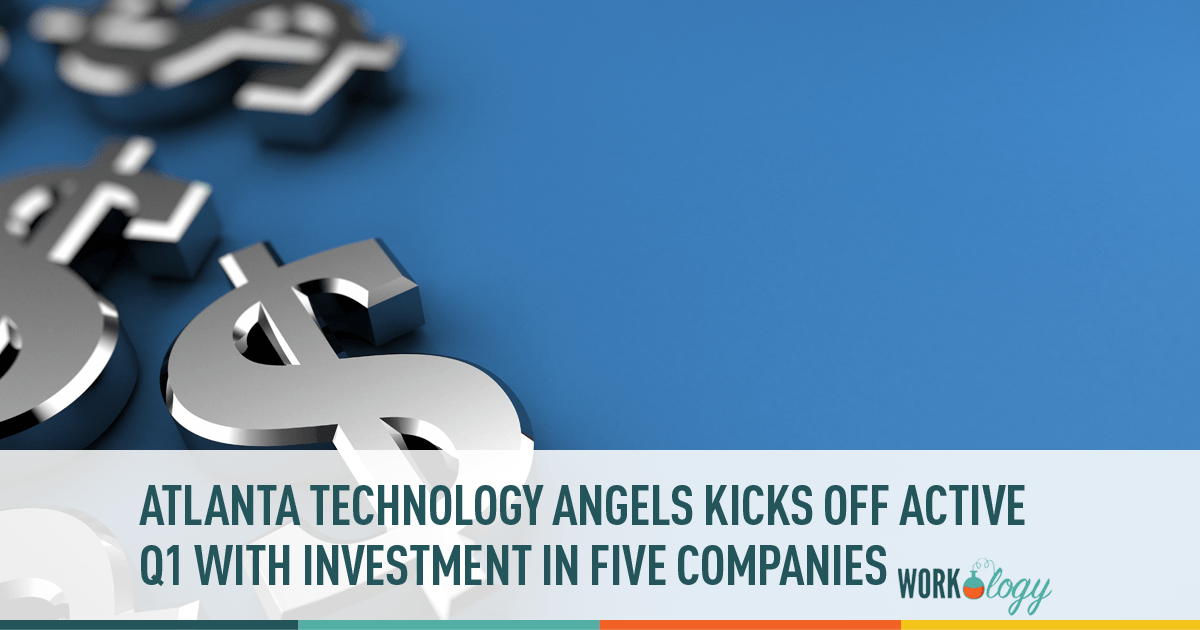 March 17, 2014 — Atlanta – Atlanta Technology Angels (ATA), the entrepreneur’s gateway to smart capital, announced today an impactful Q1, marked by increased investment activity, the addition of new team members and ongoing engagement with the local Atlanta entrepreneur ecosystem. The movement ATA experienced in the first three months of the year confirms the organization’s position at the intersection for all stakeholders in the Southeast entrepreneur ecosystem.

During the first quarter of 2014, ATA screened more than 100 companies, which resulted in five local Atlanta companies receiving funding through ATA members including, Attentive.ly, Variable Technologies, Kidslink, Sideqik and MyJob Connector. Both Attentive.ly and MyJob Connector were alumnae of LaunchPad2X, an exclusive women entrepreneurship educational program offered through ATA.

“ATA’s deal flow and member base is at an all time high as we wrap up Q1,” according to Bernie Dixon, Chairman and President of ATA. “Our members represent a large percentage of Fortune 500 companies and we see a clear correlation between the growth in our membership and the increase in investment activity. The quality of start-ups rising from ATA as well as the other entrepreneur programs in the area helps emphasis Atlanta’s place on the map as a hotspot for early-stage company activity.”

In February, Mark Dewey joined ATA as interim Chief Operating Officer supporting the organization’s due diligence efforts and leading the analyst program. Dewey was previously with a venture fund on the West Coast where he was also a senior fellow for Tech Coast Angels, the largest angel investment network in the United States. Shortly after, a prominent Atlanta investor, Knox Massey, rejoined ATA’s Board in February. Massey has been an investing member of ATA since 2001 and has been involved in the organization over the past 12 years. Previously, he served as the organization’s executive director from 2002-2010. He currently leads the Georgia Crowdfunding Community, a Meetup group focused on investing in crowdfunding campaigns and educating the community on crowdfunding.

“Atlanta has a thriving and hungry entrepreneur ecosystem and Mark and Knox each bring a fresh perspective and passion for helping entrepreneurs. Additionally, they provide a huge amount of value to our team and increase the quality of our support to early-stage companies in the area,” Dixon stated.

Another 2014 highlight to-date includes Dixon’s invitation to join Mayor Kasim Reed and a delegation of community leaders on a trip to Silicon Valley to meet with some of the region’s top investors. The trip’s objective was to encourage investors to engage with Atlanta start-ups.

“It was an honor to be a part of the delegation to further Atlanta’s momentum as the emerging technology center of the South. There is no doubt that our city is on the verge of a significant move onto the national stage where Atlanta can rival the best cities in the world,” said Dixon.

ATA invites all angel investors and interested VC affiliates throughout Georgia to apply for membership by visiting http://angelatlanta.com/.

Atlanta Technology Angels (ATA) is one of the nation’s top Angel Investing networks.  It includes members and VC affiliates in Atlanta and across Georgia that work together to evaluate and fund early-stage companies.  Our mission is to provide opportunities for members to invest in top tier early-stage companies in the South East.  ATA members provide seed and early-stage capital of between $150K-$2M, an investment range not generally served by venture capital funds, thus serving as a catalyst helping to build Georgia’s economy into a thriving center of technology and entrepreneurship.  Alongside with financial support, ATA provides mentorship, industry expertise and valuable contacts. ATA is looking to invest in high growth technology companies, but has a broad definition of technology which includes numerous industries. ATA also has various internal special interest groups that screen Hardware, Software, Digital Media, Consumer Products and Services, Financial Services, Life Science, Healthcare, CleanTech and Industrial.