Are You Ready For Your Employees To Be Displaced? 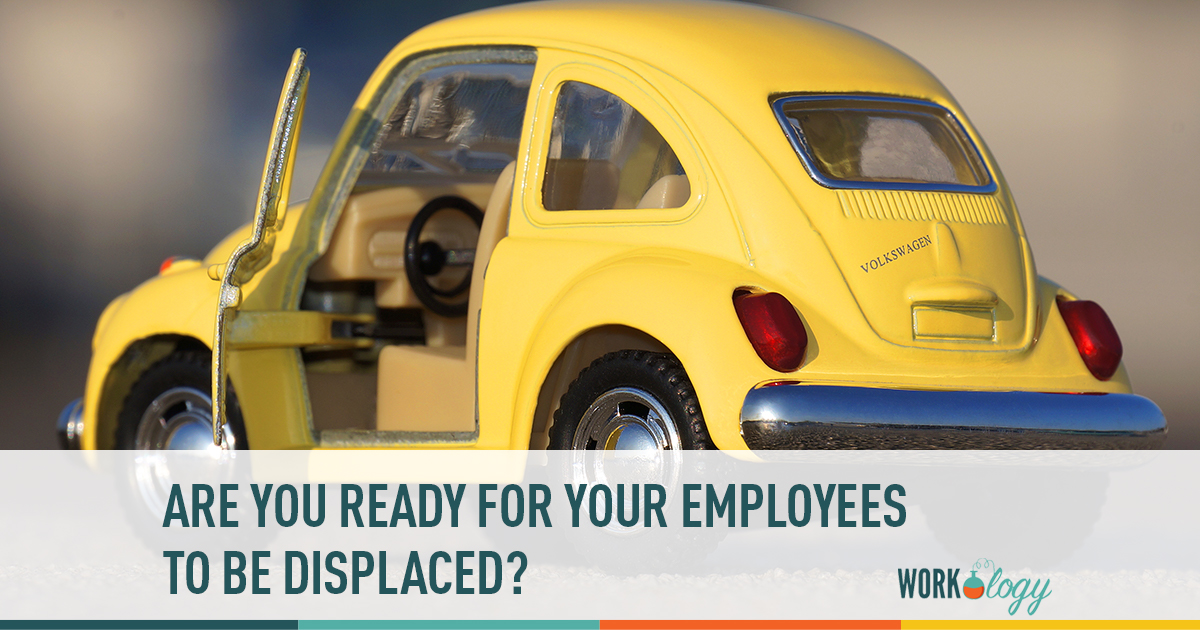 We have all read about robots replacing workers in the not too distant future. I wrote about it in Future Friday: Repetition may spell the end of your job on my blog. Other posts include one of mine on this site, here, and one from Megan Purdy, here. When we see articles and posts about robots taking jobs we think factories first, then offices with repetitive jobs. Indeed this may happen, but there is one industry that is speeding toward this kind of disruption. Any company that has fleets of vehicles such as cabs, trucks or even vehicles driven by “gig” job holders will soon find themselves having to deal with displacing those drivers.

The U.S. House of Representatives just passed the SELF DRIVE Act, or The Safely Ensuring Lives Future Deployment and Research In Vehicle Evolution Act (don’t you just love the government and their acronyms?) It passed with unanimous support and is now on its way to the Senate. It is seeking to wrest control over this industry and place it fully under the control of the federal government from a standpoint of regulation. It will have a major impact allowing 100,000 such vehicles per year after an initial 25,000 the first year.

Companies, such as Uber and Lyft were seen as a boon to workers. Opportunities to make good money, having a job that was flexible, or even offering part-time ways to enhance the pocket book were offered. These companies were the model of the age of the gig worker. Well guess what that is going away. As I wrote in Future Friday: The new Uber employee may not be one for long futurist Amy Webb said that Uber was not in the business to develop a gig economy, they are in the business to develop driverless cars. This will strip the gig economy opportunity away from 200,000 people or more between Uber and Lyft. SELF DRIVE is gear specifically toward companies developing autonomous vehicles. It is very likely that the first experience most people will have with autonomous vehicles will be when your Uber shows up with no driver. In fact it may have no steering wheel, brake or accelerator.

The next industry to be disrupted will involve trucks. Probably starting with local delivery trucks and then moving to over-the-road semis. That is another 4 million or more people that will lose their jobs to this technology. Will you be ready for this?

The question is not whether or not this will occur, but how quickly it will occur. If you are HR in a company that uses this technology you need to be thinking about how you will adapt. It will not only be truck drivers that lose their jobs. I met a woman this week that is in HR for a trucking company. Her HR job is to deal with the drivers. Without drivers, she will have no place in the company.

Be thinking about how your organization will be or could be disrupted by the SELF DRIVE Act so you will not be caught unaware.