Are Short Work Weeks & Unemployment In Our Future? 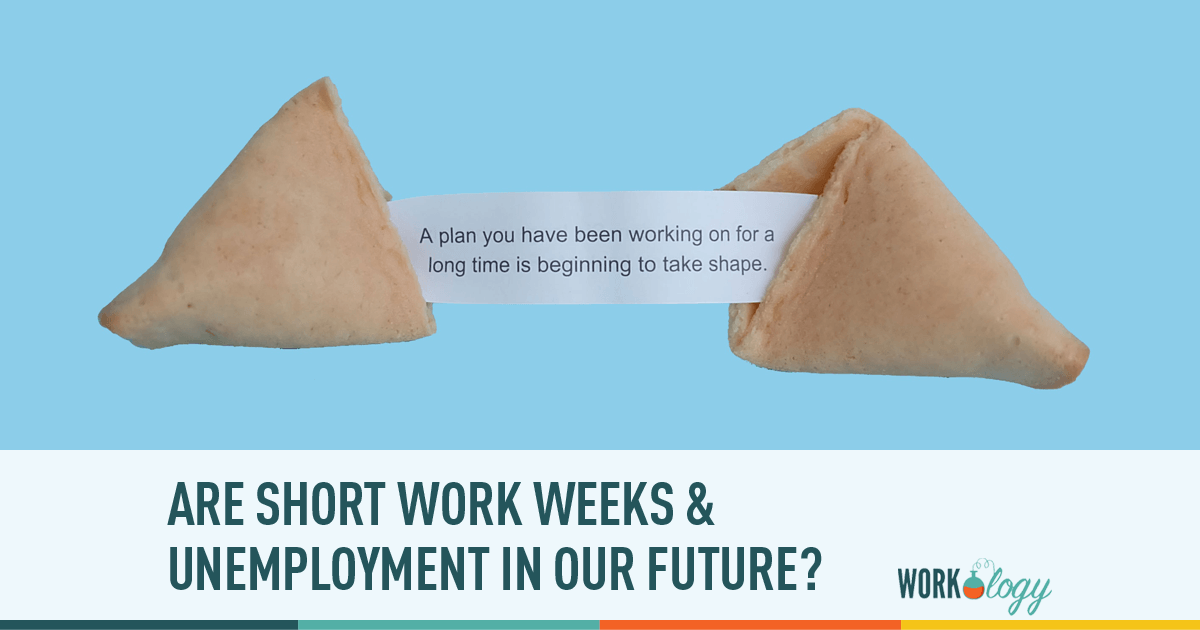 Robots, robots everywhere and not a job to see! At least that is what dystopian writers think. This dismal picture of what the unemployment and future of work looks like is not universally held but there is a school of thought that says humans may be on a permanent vacation in another couple of decades or at least working shorter workweeks in order to spread the jobs around to everyone.

One such dystopian writer is Vivek Wadhwa, a fellow at Rock Center for Corporate Governance at Stanford University, director of research at Center for Entrepreneurship and Research Commercialization at Duke, and distinguished fellow at Singularity University. He says that, unlike Ray Kurzweil, he does not feel that humans will be able to train people fast enough to perform the jobs that will need to be created to keep everyone occupied. The jobs that Kurzweil says will be created will require ever increasing levels of education and Wadhwa just doesn’t think we are going to be able to train people to do the jobs. And he says that governments will not be able to create jobs or slow the progress down. He makes the point that in the industrial revolution it was younger workers coming into the workforce that were retrained not the older workers, as would be required in the next decade or two.

Wadhwa says that there may be a saving grace. Robots doing all the work may bring the prices of goods down to the point where we may only have to work 10 to 20 hours a week instead of 40 and some people may not have to work at all. Personally I prefer Ray Kurzweil’s view where jobs are created and everyone can work.

The future is not here yet

The good thing is that we yet have some time before we have to be reducing peoples hours and changing the way we think of unemployment. Wadhwa says we may have 15 years to go before the big effect of robots on jobs will become apparent. He says “The number of available jobs will actually increase in the U.S. and Europe before it decreases. India lacks infrastructure and has a great opportunity to leapfrog ahead. It will be creating tens of millions of new jobs over the next two decades.” China is already declining. But in the meantime the countries that will be building robots and other devices that will diminish the need for humans will do well, at least for a decade.

Put some thought into this

Regardless of whether Wadhwa’s dystopian view fully develops or is even half right the reality is that all of our manufacturing base is going to be severely impacted as well as many industries. You need to be planning now for what may occur. If you don’t get it started now you will be caught unprepared when it occurs. Not a big deal if you are a baby boomer, but if you are a millennial in HR you will be in bad shape.