Americans Don’t Want to Be Hired By Algorithms 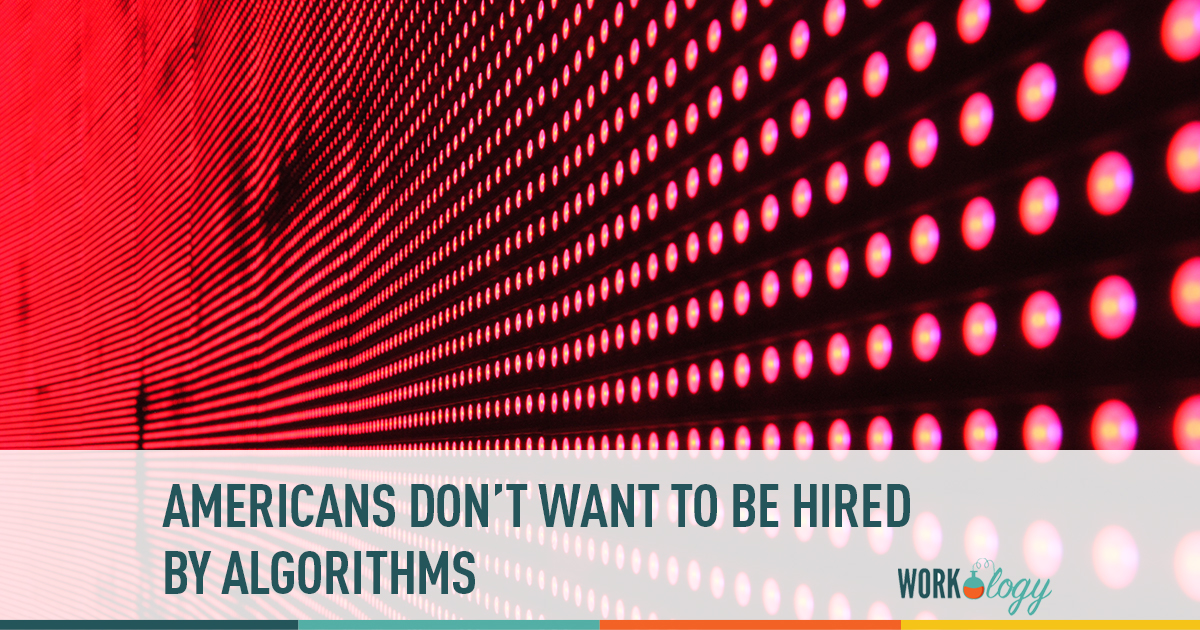 According to a new Pew study a majority of Americans are anxious about the growing role of algorithms in how companies make hiring decisions, and in particular, are worried about a potential future where algorithms make such decision without human input.

67% of the over 4000 Americans surveyed reported being uncomfortable with the possibility of hiring decision being out the hands of humans, while only 22% are enthusiastic about it.

The problem doesn’t seem to be the algorithms in hiring decision per se, but the “remov[al] the human element from important decisions.” The survey looked at American attitudes to a whole swathe of automation and algorithm applications, showed the highest levels of anxiety where questions focused on decision-making, not on tasks. For example, people aren’t nervous about automated cars unless they’re fully automated cars without a driver who might be able to take over.

Will the Hiring Process Really Be Automated?

I think this anxiety is natural. Although many job seekers loathe the process and dread interviews, we all know that meeting hiring managers in person is a great opportunity to make a positive impression. One that, if we prepare just enough, might be able to overcome perceived shortcomings in our resumes. It’s much harder to charm an algorithm though, and that means that unconventional candidates are at a disadvantage in a fully automated hiring process.

But, the question is: is it likely that companies would fully be automated recruiting and hiring? I’ve joked in the past about how the human resources department is destined to slowly transform into the robot resources department, but nobody can make a human judgment like an actual human. I can’t see organizations automating the hiring process because doing so makes it much harder to judge things like cultural fit and character. Those things don’t come across quite so well in the data.

What’s more likely, I think, is that we will see increasing reliance on robust ATS systems, integrated with better search tools like Google’s Cloud Hire. The biggest roadblock in the hiring process isn’t making the final decision, it’s recruiting and sorting through candidates right at the start. The biggest advantage of using algorithms in hiring is that they can sort through candidates more efficiently and effectively than any human being. Picking the best candidates from a much smaller pool, and if necessary courting them to give your organization a try, is a job for humans.

The other advantage that these systems confers is help in overcoming your unconscious bias and meeting your organizations diversity goals. Even once you’ve done the work to uncover some of those biases and how they play into your recruiting and hiring decisions, it can be difficult to keep them top of mind throughout the process. But if ATS system is tracking which candidates are in protected classes and warning you when you’re failing to follow company policy, then you’ve headed your worst possible decisions off at the past. The rest, of course, is up to you.

Algorithms can help you meet those goals but they can’t help you say the right things, craft the right policies, or develop a better company culture. So while I’m sure there are a few ex-Googlers excited about the prospect of fully automating the hiring process, there are a hell of a lot more people in HR and the C suite who know better.