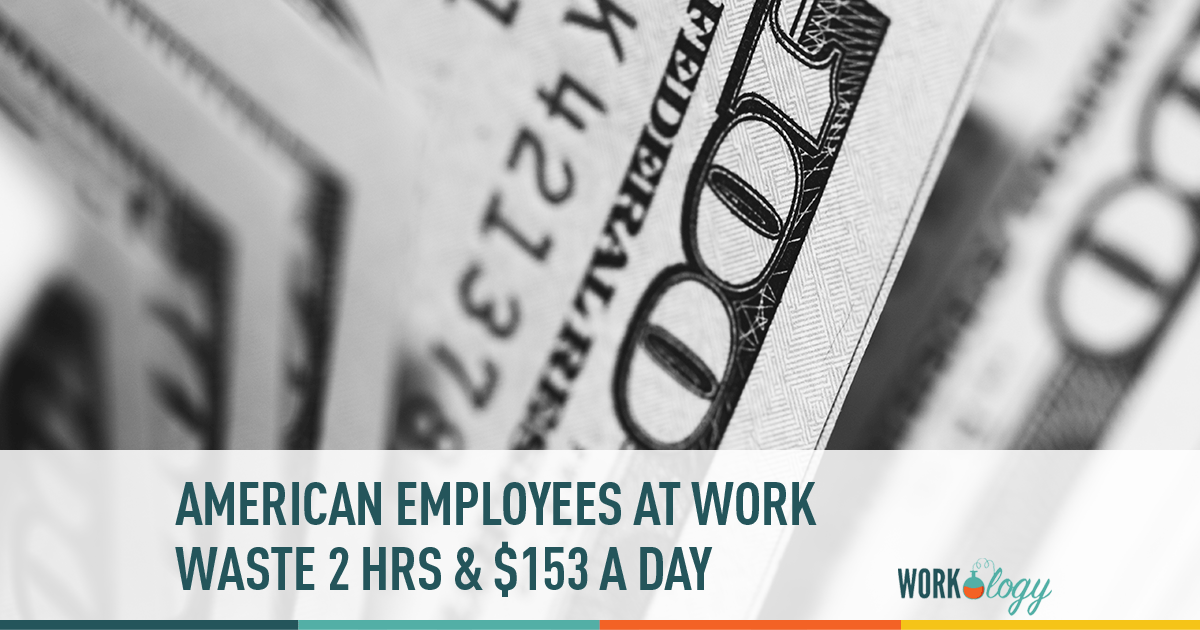 Employee Productivity at Work is a Employer Cause for Concern

Every year during March madness, the news turns to the discussion of workplace productivity.  Because basketball games are played at least in the early rounds during the workday, time is spent by employees discussing the game or watching during working hours.  Technology whether its via our personal mobile devices or company computers that stream the internet, employees find a way.  A recent study by American Online and Survey.com finds that workers aren’t so productive at work.  Shocking, I know.  Americans are spending over 2 hours a day being unproductive at work.  Some findings from this study and inforgraphic included in this post below:

Tony Schwartz calls the belief that employees will maintain productivity at work throughout their work day, the Myth of Productivity.  He believes the best way for employees to be productive at work is through working in 90 minute blocks with scheduled rest happening in between.  This allows workers and those completing a task to truly focus making them more productive and less likely to stray surfing the net or gossiping with co-workers.

Should We Increase Employee Productivity or Find a Different POV?