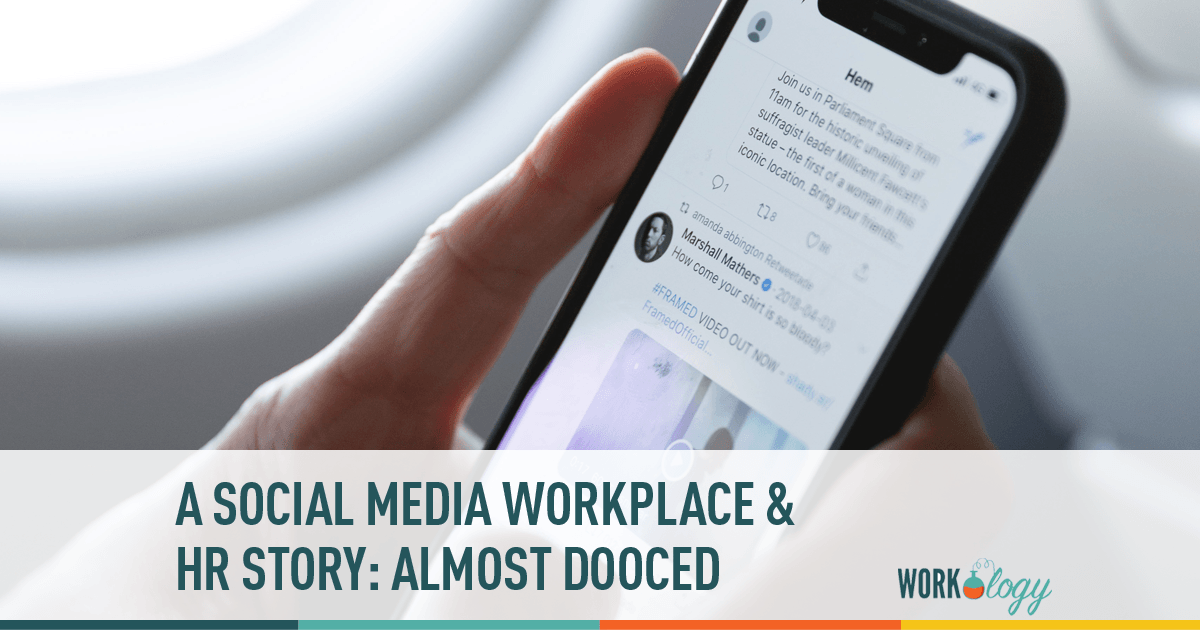 Since last week when I shared my story about how my personal brand, namely my blog was causing tension between me and my former company, a number of social media and blogging savvy professionals have connected with me sharing their personal stories and frustrations with social media both in and outside of the workplace.  It’s funny how sometimes the truth isn’t really what sets you free.  It’s your truth that sets others free.

Blogging, like many social media tools provides you a channel in which to share your voice, and in 2001 I, as well as an employee learned that sometimes that voice can get you in a little bit of trouble.  As the HR professional I was responsible for my facility’s employee newsletter.  And from time to time we had employees contribute recipes, pictures, and short stories.  One employee, in particular was quite adept at creative writing and over a period of 4 months had a very popular short story series that was featured in our newsletter.  He was a great writer and had an amazing imagination.  I wasn’t surprised when he shared with our management team as well as many employees a while later that he had launched a website as well as a blog to continue his conversations.

In all my years as a corporate leader, I have never subscribed to constantly monitoring employee activities whether online or offline.  I believe that employees generally make good decisions and with the right structure, training, and information we help guide them.   Even today 10 years later, this philosophy holds true for myself as a leader, business owner, wife, and mother.  So when Jason handed me his shiny new business card that contained his blog’s website address, I didn’t think twice.  I was proud of him, and I went about my business.

Fortunately for me, one of my manager’s decided to do a little investigating, and what he found blew me, corporate HR, and our legal team away.  Contained within Jason’s blog were posts, articles, and updates serving as a sort of online diary detailing his inner most thoughts, as well as activities like a blog often does.  What I didn’t tell you is that Jason’s boss had recently been fired for a performance problem.  My team worked with Billy, the department manager, for months finally placing him on a performance improvement plan.  His work performance didn’t improve and the decision was made to let him go.

Jason’s blog contained a chronological list of events discussing Billy’s performance leading up to and including his actual termination.  For months his words were angry, vulgar, and included personal information of employees and managers including myself.  As the HR professional, I gathered the evidence, took screen shots of the website and blog and contacted my boss for guidance and further instruction.

You see, in 2001, the idea surrounding a blog was still very, very new.  I was also very, very new to HR.  And although I had begun using dating websites and forums to recruit, I was taken back by the very candid nature that Jason displayed.  Our corporate HR and legal team’s were baffled.  There was no case law or corporate precedent to help guide us in a particular direction, and after 4 or 5 business days the decision was made regarding Jason’s fate.

Unlike Dooce, Jason wasn’t fired for blogging (or dooced) but given a Final Warning for his work-related blogging activities.  It was suggested that Jason remove last names as well as personal information about company employees and avoid blogging about work related activities altogether.  Jason’s blog is the reason I kept a journal instead of blogging until I began writing in 2005 anonymously until 2007 when Blogging4Jobs was born.

It’s funny how small things shape your future.  I was introduced to blogging in very unique and intense way.  Out of necessity I became a student who watched, learned, and listened.  Thank you, Jason.  Thank you for being “almost dooced.”  I’m pretty sure without you I wouldn’t be blogging today.

**On a light note I ran into Jason recently on Twitter.  He was obviously way ahead of his time and now is a film maker and social media thought leader.  Depending on how Jason feels it might just be interesting to get his side of the story, but that’s for another time.