Aces In Their Places 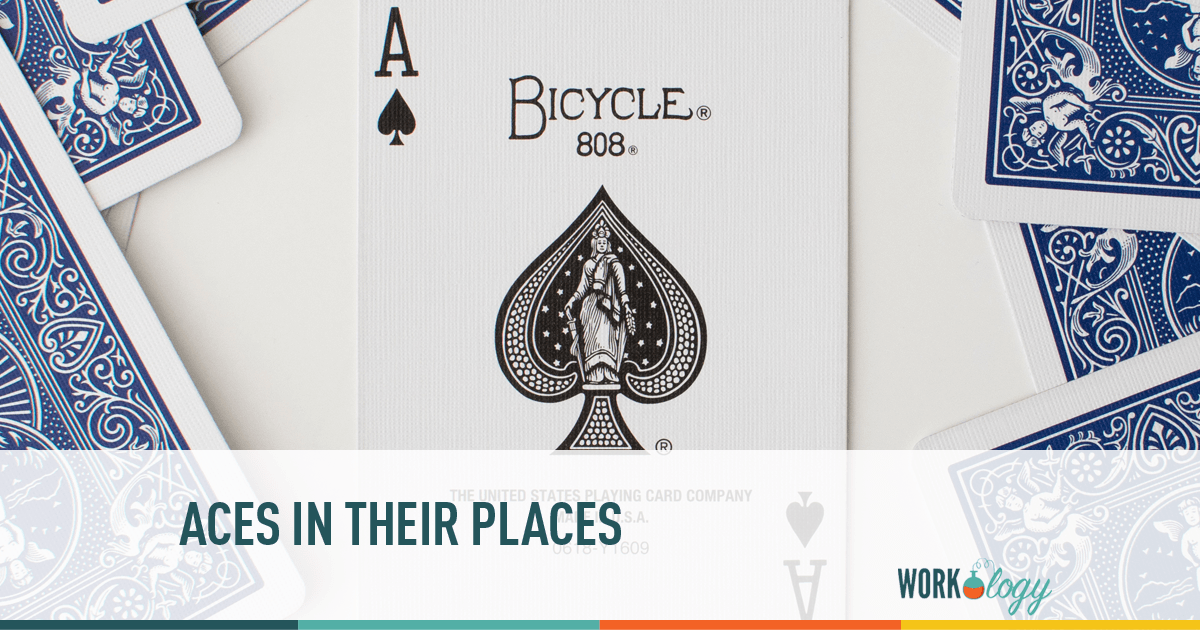 Once upon a time, I received a complaint from an employee. He was upset because he was being assigned to the same position on the production line every day. He was receiving no cross-training on the other positions and, after almost 6 months, he was fed up. He believed his supervisor was deliberately holding him back.

Aces In Their Places

I met with his supervisor to find out why he’d kept this employee in the same spot for 6 months. Were there undocumented attendance issues? Was the employee demonstrating poor attitude? Was the employee having difficulty catching on to the task?

The answer surprised me.

“There’s nothing wrong with him. He’s great! He’s the best I’ve ever seen in that spot. If I can get the rest of the team on the line as strong as him, we’ll break records!”

“I put my aces in their places. I understand management thinks we need to shift people around so they learn all the positions on the line. But I prefer to keep people in the position where they work the best. That’s how records get broken!” And this supervisor knew because he held 6 production records.

You could have knocked me over with a feather. It hadn’t occurred to me the reason the supervisor wasn’t cross-training the employee was because he was so good at the position!

It is great to have employees who are an expert in their position. The “aces in their places” management style can definitely make work teams stronger, faster and more efficient.

However, cross-training is important. It is never good for a person to be the only one in your organization that knows how to perform a job function. People leave — they resign, they get sick, they go on vacation … The work must be able to go on. That will be difficult when all the eggs are in one employee’s basket.

Crowning one employee as the only person who can optimally perform a job function can also be dangerous. It may empower the employee to a level of arrogance, which will make the person difficult to manage. It may discourage other employees who aren’t deemed or treated as experts. Neither scenario is in the best long-term interest of the organization.

And what’s really not good is failing to give performance feedback to the employee. Whether an employee is soaring or struggling, feedback is essential. The problem with this employee and supervisor probably wouldn’t have reached the level it did if the supervisor had given the employee performance feedback. We should never leave employees under our supervision to flounder without knowing if they are meeting expectations or not. No matter if the employee is an “ace” or a “joker,” they should know it.

The employee in this scenario was pleasantly surprised when we sat down with him to let him know the reason he’d been assigned to work the same position for all those months. Happy and obviously relieved. We developed a short-term plan for him to learn the other positions on the line — then he went back to the position the supervisor thought he was best at.