A Future Focus: A Generation of Entrepreneurs 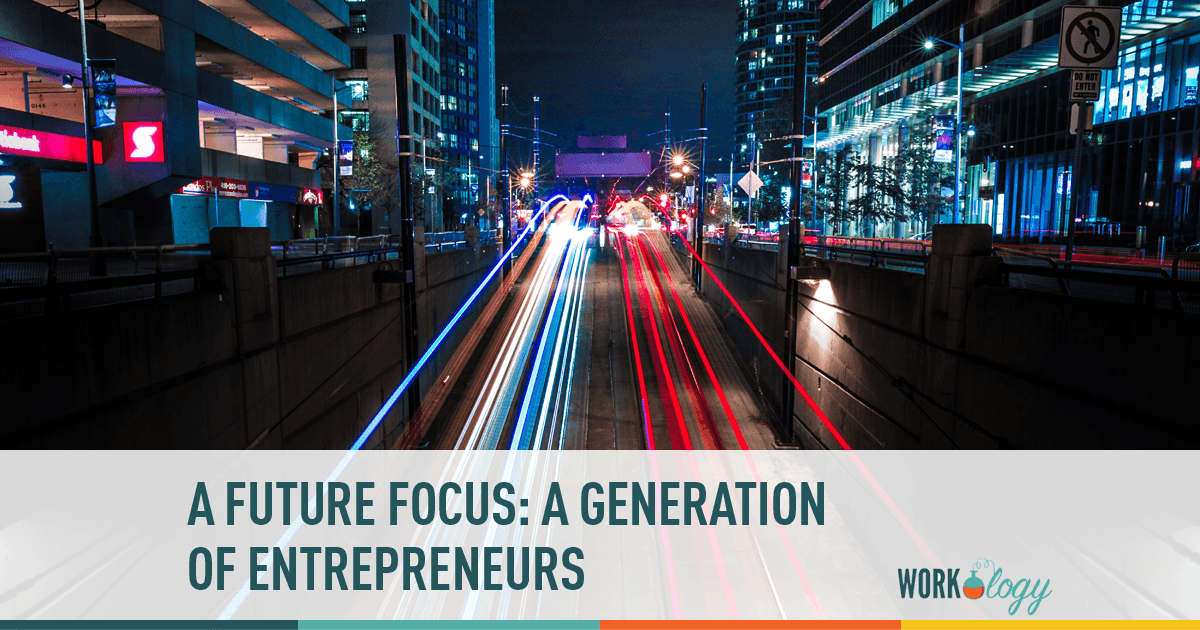 A generation of entrepreneurs? Yes, in a short 11 years from now 75% of the workforce will be Millennials. So far only 7% of them have worked for a Fortune 500 company. They have had a tough time getting work and that experience has prepared them to entrepreneurs and you may have a hard time making them employees.

Finding a job is an entrepreneurial endeavor

According to futurist Thomas Frey:

“As most Millennials have come to realize, finding a job is an entrepreneurial activity. You’re selling your skills to the highest bidder, or most often, just anyone willing to pay for them. If you can’t find a full time job, a part time one will do for now. Even project work will be fine.”

As a result of this experience millennials have become savvy at getting work, generally part-time or project work. Due to their networking ability they are very good at it. Frey tells us that “Within the next 10 years, the average person who turns 30 will have worked between 200-300 different projects.” And he says “Their willingness to “do what it takes,” coupled with an innate ability to shift gears quickly, is positioning them for an adventure-based lifestyle with far greater freedom and an ability to select meaningful work, two things that mesh very well with Gen Y thinking.”

Tom Peters started talking about entrepreneurial workers 20 years ago when he introduced the concept of “You, Inc.” He, and others, such as Dan Pink, has predicted this change was coming for some time. But Frey says there are a number of factors that are contributing to this move, some of them dealing with how Millennials have grown up and some with the changing nature of work. Some of these key factors include:

The biggest change that will have to occur is in how the government defines the “employment” relationship. In a freelance world what matters is results. In the current system, what matters is “time on the clock.” Under the FLSA the USDOL is not concerned about the quality of work or the quantity of work, they are concerned only about the time spent doing the work. That will have to change. We will have to move to some system of payment for projects completed. The whole concept of exempt and nonexempt employee will need to disappear. In fact the whole concept of “employee” as we know it will have to disappear.

The collection of income tax is also an issue. It is easier for the IRS to get their tax money from companies as opposed to workers, with employers currently paying half of the taxes insuring the government gets some money. That system will have to change in order for a freelancer system to work. Additionally the mindset of unions will also have to change. Freelancers don’t need the protection of a group. This may actually finish off the union phenomenon in the U.S.

Certainly there are problems associated with being a freelancer. Prior to the ACA it was difficult to get health coverage. With the ACA healthcare coverage will be available to freelancers. Though I think an even better system should be developed that has the insurance companies recognizing the freelancer marketplace and developing a product suited to meet those needs.

Frey sees the future consisting of business colonies doing business with freelance labor. He says “Business colonies are an organic process of matching labor to projects for the exact duration of the contract. No more, no less. Overhead costs, compliance and accounting issues are all minimized to improve the overall efficiency of the operation…. the coming era of skill shortages will put talented people in the driver’s seat with many commanding increasingly high rates for their unique abilities.”

He sums it up by saying people in the future will not recognize the model of business we operate under today. I say he is right and the change begins NOW.