7 Errors You Need to Stop If Using Twitter For Hiring 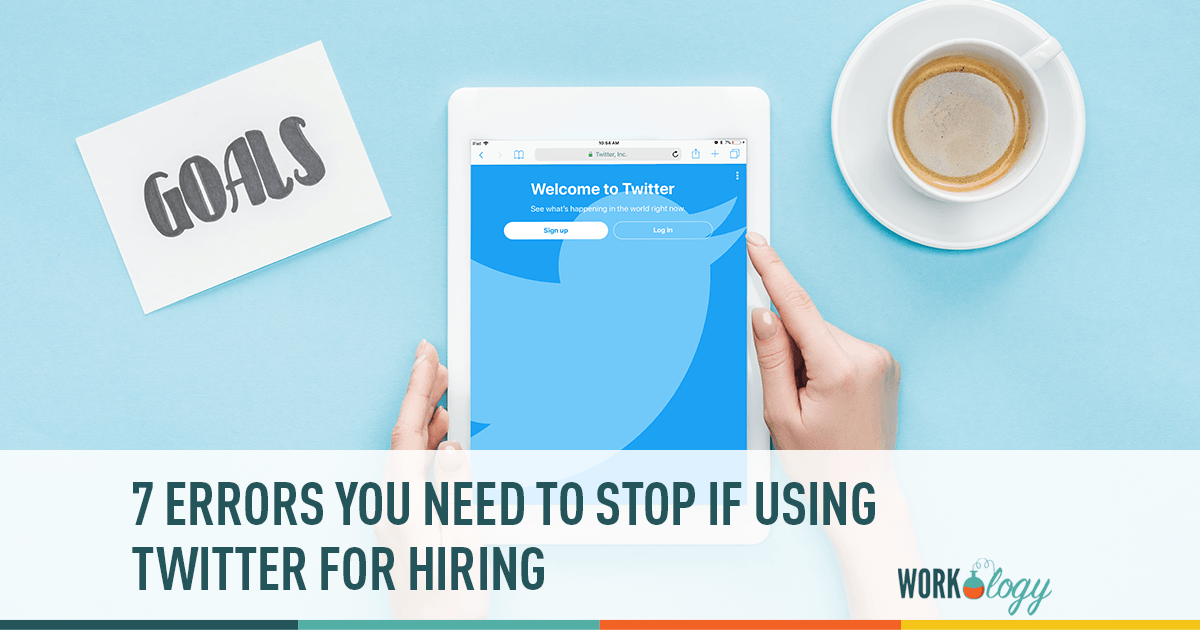 It’s surprisingly easy to make Twitter errors and as these can hinder you when using Twitter for hiring, here are 7 of the easiest to avoid.

7 Common Errors To Stop Now When Using Twitter for Hiring

Behind the anonymity that Twitter can afford, some people can be very rude. Arguing for the sake of arguing. Disagreeing spitefully. Personally attacking. Even bullying.

As tempting as it might be, it will only reflect badly on you. The lifespan of a tweet is actually very short, so breathe and let it pass.

I really do understand how hard it is to step away, only this morning someone was rattling my cage, but if replying will evoke more rage don’t bother. They’ll soon move on.

If you’re worried that lots of people will see it, don’t. Check out your stats and you’ll see that the impressions your tweets make is much less than you probably thought.

2. Replying without reading the whole conversation

Twitter moves fast and tweets get out of order so take a moment to read the whole thread before you reply.

In the example below, the agency added their response without expanding the conversation. If they had (see right) they probably wouldn’t have replied. 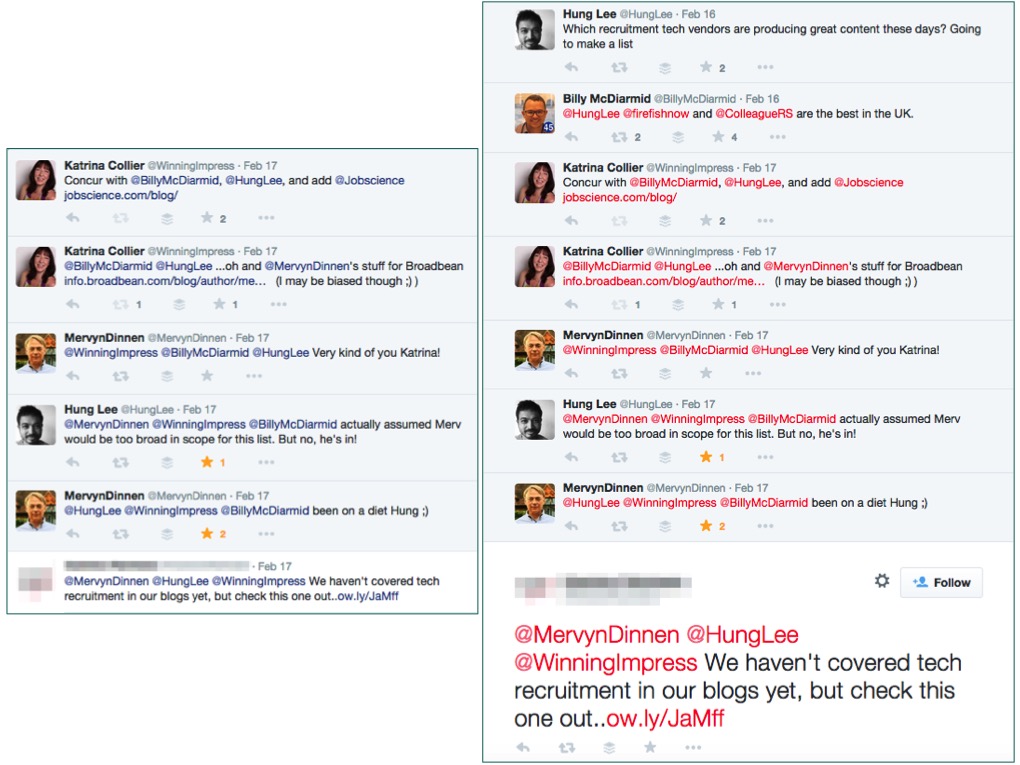 There’s no problem with jumping in on a conversation, that’s exactly what I did. But remember to click through and check out the whole conversation so what you add is relevant and valuable.

Twitter lists are my all time favourite way to keep organised and in touch with people, and they should definitely be part of how you use Twitter.

Users receive a notification when they are added to a public list. Adding them once, is a nice way to get attention but adding them over and over, is not.

A certain company keeps adding & removing me from their list and I just think they look inept. Instead, they could RT a post, answer a question, ask me for advice or do countless other things to gain my respect and trust.

So beware of over listing someone as it won’t reflect well on you.

N.B. If you are using the IFTTT hack that adds people to lists who use certain hashtags, you may also end up looking foolish, especially if they’ve used the tag as a one off. Somethings are better done manually.

If you include a person’s username in a tweet, they’re going to see it so it’s tempting for recruiters to go @WinningImpress want this job? [link]  or @WinningImpress Read this [link] and so on.

This is the worst kind of Twitter error and is equivalent to spamming. It reflects poorly on you, especially when they look at your feed and that’s all you’re doing.

However, it’s ok to @mention someone:

Similar to over listing it’s where, for example, you favourite 10 of a user’s tweets in a row to get attention. You will get attention, the wrong kind.

Taking the time to retweet a post to your followers is the true trust-building currency on Twitter and far more valuable than a quick favourite or 10.

So if it’s worthy of it, retweet it.

Social media is all about being social and this, is not social…. 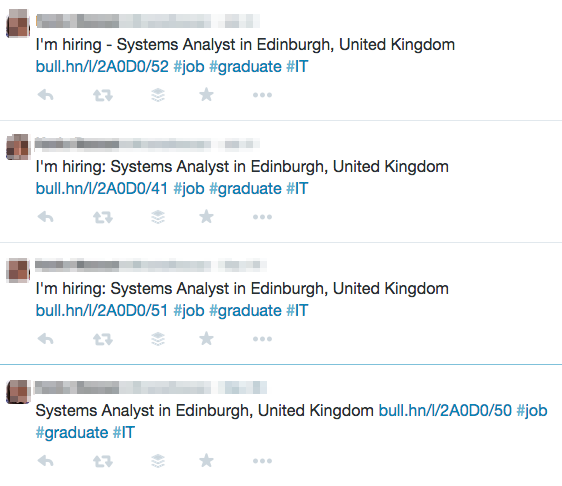 Check out the #job search and you’ll see that you need to do far more than spit your job out from your ATS to get attention on Twitter. You need to build the right following, add images, and get creative if it’s to stand a chance.

If someone walked into the room and yelled, “I’m hiring!” how would you react?

That’s one time a simple favourite will do.

A petty one, I know, but you want to look good right?