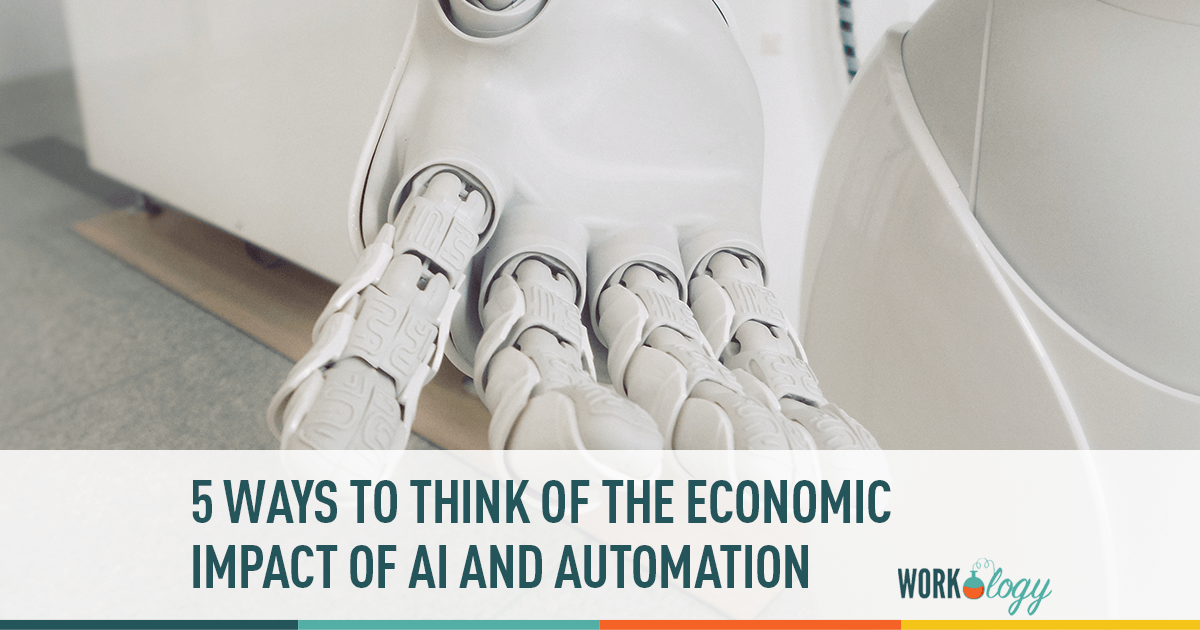 Thanks to a couple of new major studies we’ve been blessed this month with a lot of interesting reads on the possible impacts of AI and automation. New data is always great for new ideas! This week we’re considering: the positive, transformational impact of automation on young and old workers, the negative disruptive impact of automation on low-skill, low-wage working populations, and how we can reconcile those two trends. Or put differently, how do we win all the good things automation brings without someone losing?

Can Chatbots Replace Your Summer Interns?

Internships are supposed to be educational but all too often they’re opportunities for organizations to catch up on filing. That’s why so many are arguing that internships need to be overhauled, top to bottom, rebuilding them around work that provides value to both interns and organizations. One weird way that this might come about is through automation. If you can replace the menial tasks that interns do with a chatbot, why not? Chatbots are a one time cost, unlike interns which require training and supervision annually. They also provide consistency and continuity, so no more worrying about the new crop of interns being and at alphabetizing or not understanding professional email protocol. Chatbots and other automation tools like more sophisticated AIs may make it harder for new grads to find internships, but maybe that’s a good thing – clearing the field of exploitative positions and leaving the ones that are interested in substantive learning and training is just what we need.

Old And Young Populations Need Automation, But for Different Reasons

Automation brings with it a lot of social benefits, including removing people from dangerous working conditions. So who is automation really good for? New research from McKinsey Global Institute suggests that automation will play a key part in countries being able to meet their development goals and hugely benefits both the old and the young. Developed countries with aging populations benefit from automation because less workers are needed, so it matches population trends. Developing countries with young populations benefit because even with automation, rapid economic development still takes massive amounts of labour, and automation presents an opportunity for that labour to be directed toward higher-skilled jobs. Michael Chui, a partner at McKinsey, says that

Rather than aiming to manage for mass unemployment, we really need to make decisions that allow for mass redeployment of labor, so that all the people can be working with all the machines to give us economic growth.

Is Automation Warping the Labor Market as Dramatically as We Think?

Are robots stealing our jobs is a question we spend a lot of time considering on Workoloy. Usually I answer “yes but also no.” A new MIT study says that fears of a robot apocalypse are overblown and that automation may have a long term positive effect on the job market. However, the MIT Technology Review points out that one thing that separates this era of automation from others is that AI and robots are “developing skills that are far more human-like than those that have gone before them.”

Tech Republic talked to Moshe Vardi, a computer science professor at Rice University, about how the new automation will have a different impact than what we saw in the industrial revolution. Two things, he says, make AI different from industrialization: 1) speed and 2) the level of skill needed to remain relevant in the labour market. During industrialization millions of workers were rapidly displaced from their traditional jobs but after moving to industrial hubs could find work in factories relatively easily. Not so for the current wave of automation. The most important skillsets in modern manufacturing, for example, take years not weeks to learn. Importantly, Vardi points to how looking past the overall trend to micro trends is essential to understanding economic change, saying “it’s really impossible to predict the result of automation on the local basis.”

With new employment trends, said Vardi, you need to ask three things: Are we creating enough new jobs? Are we creating them fast enough? And, what skill level do the new jobs require?

As AI gets smarter, said Vardi, the definition of what is “routine work” expands. One example is a decision whether to grant bail, which can now be automated using troves of data around recidivism. “We are defining things that used to be creative decision making,” said Vardi, “and saying no, it’s routine.”

These 10 Cities Will Lose the Most Jobs to Automation

A new study from the Institute for Spatial Economic Analysis (ISEA) looks at which American cities stand to lose the most jobs to automation – to no one’s surprise, low wage working populations are the most vulnerable to being made redundant. ISEA expects to see the pace of automation to rapidly increase in the next 10 to 20 years and consequently, for labour market churn to pick up drastically. In some US cities up to 65% of jobs are vulnerable to automation.