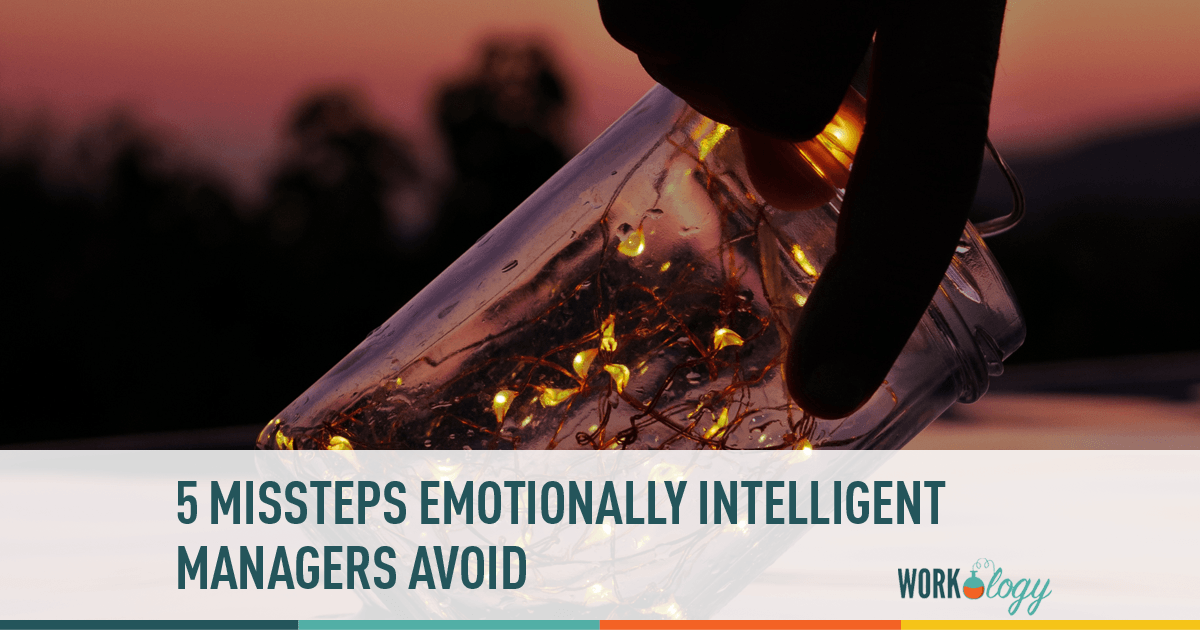 Emotionally intelligence, although discussed quiet often, is a largely misunderstood concept. Many believe that when one possesses empathy, one is also emotionally intelligent. However, empathy is only a subset of the larger framework that builds emotional intelligence within people. According to Daniel Goleman, the author who popularized the concept, EQ is the ability to “recognize, understand, and manage other people’s emotions as well as our own.”

As you can see, this isn’t something that can easily be summed up into one word—much less one emotion. In this article, we’re going to discuss how emotionally intelligent people master their emotions by NOT doing certain things.

They know that making these mistakes will lead them down the road to all of negativity (hate, anger, frustration, shame, bad rep, etc). Here are those five mistakes people with a high EQ never make.

Emotionally intelligent people never make the mistake of dismissing where they are or who they are talking to. Different people in different settings prefer different styles of communication. For instance, talking in a curt manner may work well in professional settings where the higher-ups are short on time. However, in an informal setting or with people you know well, small talk may be necessary. For example, when you’re asking for advertising dissertation help, you might be slightly informal in your request. People with high EQs know how to adapt and adjust to their environment.

There is plenty that nonverbal gestures and other types of body movement can communicate. In fact, many scientists go so far as to claim that 93% of what we communicate is comprised of nonverbal communication, with only 7% of the communication being the actual words spoken. Whether or not those numbers are accurate, people with a high EQ recognize the fact that nonverbal cues play a major role it understanding someone. Through those nonverbal cues, they are able to decipher what someone may be trying to say or want to say, and then respond to it accordingly.

Failing to Recognize that Humans Are Motivated by Emotions

One thing that differentiates people with high EQ’s from people while low ones is not being able to recognize that the fact that everyone is motivated by emotions and it doesn’t make anyone “weak,” as long as they learn how to master them. People with a high EQ don’t ignore their own emotions or those of others. In fact they recognize it as a powerful tool to get along with people – even in business.

If someone comes up to you and tells you only half of a story, what do you do? Pass a judgment? Hand over a solution? Or ask for more information? If you possess a high EQ, you would ask for information until you have fully understood the situation in the first place. Only then would you offer a way to control the situation—if controlling it is possible.

Letting Anger Out the Easiest Way

When you’re angry or frustrated, your mind is telling you to do things or say things that seem like the easiest ways to vent. However, emotionally intelligent people know that it’s a trap. They avoid saying or doing anything that would lead to regret later on. In this situation they know exactly how to master their negative emotions by going deep down to the root of the problem, and then plucking out the root (through positive ways) once and for all.

A high EQ is a gift, but just like IQ, it is also something you can develop and improve on overtime. We should all make a conscious decision to control our emotions and avoid the five mistakes highlighted above.

Rochelle Ceira is a Social Media Analyst at a renowned company that provides students with professional help. Apart from being a digital marketing manager at day time, she’s also a part-time blogger.