4 Ways to Deal With the Helicopter Parents of Your Candidates 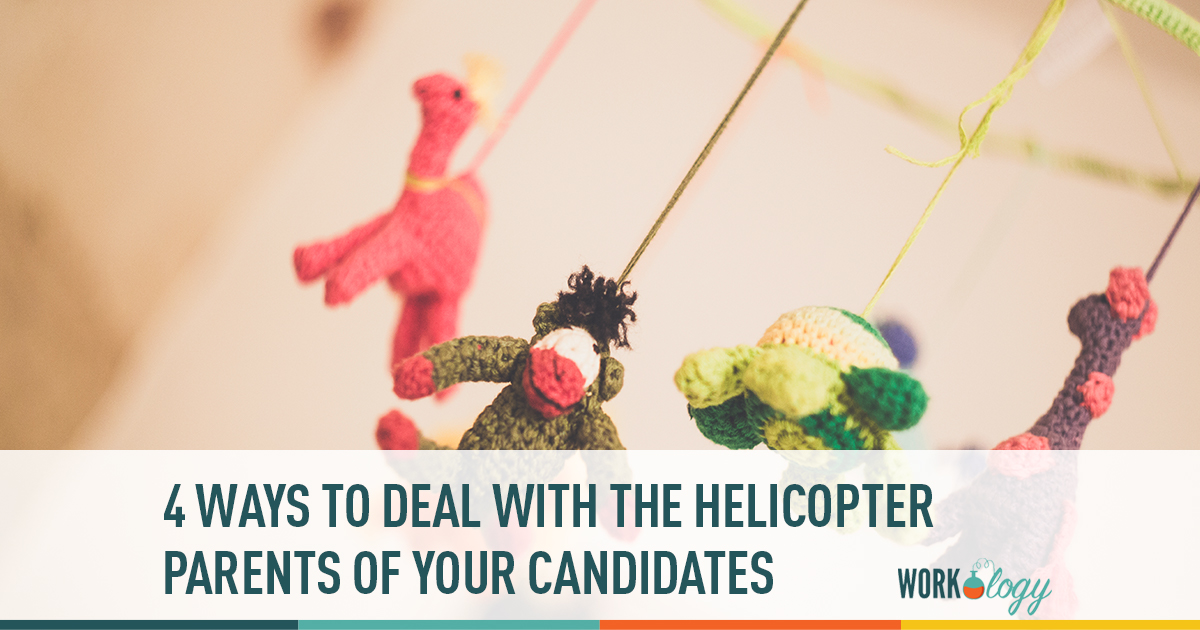 I once hired school teachers.  Most of our new teachers were hired fresh out of college. They were eager, and talented, if a bit overindulged.

Many recent graduates never had a time without their parents’ involvement. The helicopter parent was always around to influence their kids’ coaches, counselors, teachers, professors, advisors, and even mentors! So, the recent graduate’s first job was likely to be chaperoned too.

Once, a parent called me to demand that I place her daughter in a specific school. That wasn’t an option. I was young myself, eager and trying to be thorough and helpful, so I explained that there was a process that didn’t really work that way. She called her husband to the phone to threaten me. I reminded them of the laws against making threats.

Naturally, no school principal wanted the young teacher. They weren’t going to intentionally invite the drama that likely comes with an overindulged child of a helicopter parent. They had plenty to deal with already.

While this is an extreme example, this phenomenon is not unheard of. Many employers, like me back then, could use a few suggestions on how to deal with the overzealous-helicopter-tiger-mom type.

The teacher tested well, interviewed well and got great recommendations. So what if her mom was a pain. Sometimes, working with the super-zealous parent can benefit everyone involved.

Being consistently polite may have saved me from dad following through on his weak threats.

Explain in company paraphernalia that applicants’ agents will be dealt with only in certain extenuating circumstances and even then, only at the discretion of the employer.

This piece was originally published here on the SHRM blog. Its author, Rue Dooley, has been an HR Knowledge Advisor for SHRM for 15 years and has over 20 years of HR experience as a practitioner and consultant.